21 replies to this topic

Here's some of the new championship entrances in WWE '13, credit for the videos go to this guy: http://www.youtube.c...ser/RocketTMac1


My thoughts: Miz's championship entrance looks great, same with Rhodes'. Daniel Bryan's is amazing IMO, it's just like how he did his entrance when he was the World Heavyweight Champion. Plus, it's more accurate than the original entrance (stands on the right turnbuckle in this entrance) so that's good as well. Bryan's alternate attire looks sweet, and so does the Survivor Series 2011 arena, that looks spot-on! Also, for anyone wondering, Bryan does NOT wear the jacket he has with his alt. attire in matches as well, just in the entrance.

Really liked what I saw, they got everything right!

I like everything with what has been done to each superstar. So cool and awesome these title entrances. Glad for SCSA multiple title entrance added in! Cant wait for more surprises, really.

All this info was from ravenrko on the thq forums here's the link to the thread great info:
http://wwe.thq.com/g...we13-experience

Title history is in
Nexus theme (we are one) is in

Really liked what I saw, they got everything right!

Dom, just have him as a Champion the whole duration of you playing E '13 and there's no worries.

The Miz's one is excellent - every little detail is there, him meticulously admiring his belt, or the way he throws the belt onto his shoulder.

Again, same with Rhodes ... even have him kissing the belt.

THQ are idiots, if they can have DB on the right turnbuckle for his title entrance but not his real one. Also, his alternate attire is amazing.

Although I'm disappointed that on the Survivor Series arena it doesn't show the superstar images like it did in real life, although it had not ramp which was pretty good.

YES! YES! YES! At least they got his championship entrance right. His alt. attire is dope!

These entrances are pretty accurate.

Miz title entrance is finally how it should look , awesome !!!

Rhodes' one is great , but too slow on ramp , ring part was soooo good

Stone Cold's one is great , kinda too slow on ramp . Glad it' finally in !

D-Bryan's one is perfect !!! Don't get why they failed on his non-title entrance ...

D-Bryan's alt attire is great , but I don't get why he doesn't have his jacket of main attire : 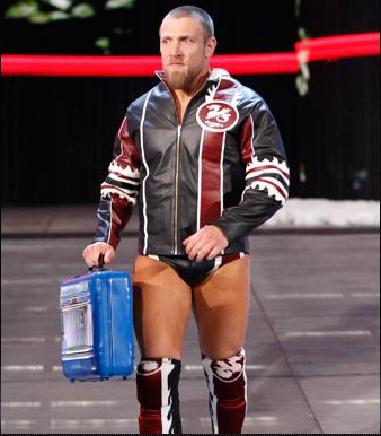 It's cool, at least they got an alternate attire in.

Maybe in exhibition though.

I love the Daniel Bryan and Miz ones. I am interested to see the Alberto Del Rio one because I don't recall him ever carrying the WWE Championship.

They get Daniel Bryan's champion entrance right but not his non title entrance, very good THQ.

After seeing Daniel Bryan's, I think I have finally decided who my World Heavyweight Champion is going to be.

D Bry's champion entrance is fantastic. Love it and his alt. attire! Yeah I'll definitely be using him all the time. haha

After seeing Daniel Bryan's, I think I have finally decided who my World Heavyweight Champion is going to be.

Word. The other entrances are nice aswell, The Miz, aside from Daniel Bryan, is my favoite so far.

Wow, these are insane. I can't wait to play just to watch these entrances!
Love the Miz's entrance!


Also tagged with one or more of these keywords: VIDEOS