53 replies to this topic

Seeing as Konami has published TWO wrestling games for Yukes..... 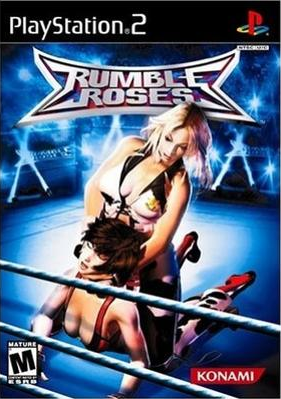 THQ, the North American video game publisher and developer established in 1989, has officially been split up and sold to the highest bidder.
It’s been a long time coming, but the bittersweet day is finally here. After numerous reports of financial issues and an eventual filing for Chapter 11 bankruptcy, all THQ assets have been broken up and sold.
The private auction took place today, and while many interested parties did their best to gather information through social media, the results of which developer went to what publisher are still unknown. What we do know, however, is that it’s all over.

@thq auction is over. Clearlake is out. Assets broken up to individual bidders.
— Tim Lewinson (@VancouverTim) January 23, 2013

Lewinson, a Senior Producer at Finger Food Studios, continued by letting people know that the judge is set to finalize everything by 4 p.m.

As I tweeted last week, WWE series not involved in THQ auction. Both had get-out clause in case other was in serious financial difficulty.

Rasslin' games related news nugget: apparently WWE has a get out clause in its contract which means it, and not THQ, gets to decide on…

… who picks up the series' rights. Word is it's already in "close" negotiations with one publisher in particular. Deal could be "imminent".

While most want EA to pick up WWE, it'd surely move it in-house. Personally would prefer someone who'd keep Yuke's on. Ubi/Warner/Square?!

@RubberDuck1986 Possibly, but it'll be a long process. New engine (at EA, say) would require at last 2-3 years to fine tune and get right.

There are a couple other tweets on his wall, one stating that apparently the WWE has a 'pull out' clause in their contract with THQ. So, if this is to be believed, they can simply take the license back due to THQ's current financial situation. Ben Wilson is an editor for Playstation Magazine UK.  Also, an employee of Relic tweeted that he now worked for Sega, I'll see if I can find the tweet. Kyle Berndt of Relic, had this to say on his twitter account.

I now work for Sega. Neat.

Updated, and most likely not. THQ, as a company, is done. It was bought off piece by piece, and as far as (lets say EA took it), EA likes to do things in house if they're not buying a developer.

With the demise of THQ now official, we're starting to learn more about who paid what for each of the publisher's franchises and developers.

Here are the numbers being reported from Distressed Debt Investing, who is overseeing the THQ auction:

Here's what the runner-up bids were for these properties and studios:

so it seems EA is working on a WWE Agreement

well lots of things can happen tbh, WWE can pull out and just say no or they can come to an agreement with EA but who know's i mean this EA Rumor started a week ago with people saying EA were going to pick WWE Game License so who knows

Well THQ may have officially disolved today but at least we know for sure that work is already going on for the WWE 14 game which is the main thing to most of us here. The only question now is who would be the best to get the WWE license?

At this point I really don't care anymore, for all I care Acclaim can come up from the grave & buy WWE back

Well THQ may have officially disolved today but at least we know for sure that work is already going on for the WWE 14 game which is the main thing to most of us here. The only question now is who would be the best to get the WWE license?

I really hope they still go through with it.

Looks like WWE Games may have a new home!

"We don't have any details to share yet, but there WILL continue to be WWE Games. Stay tuned for more information and some exciting news!"


Also tagged with one or more of these keywords: NEWS