46 replies to this topic

The hype was all about one man. As if rampage Jackson wasn't enough, the mystery man is non other then this guy

God I really, really hate TNA, can they just please go under, for me?

I think I'm gonna fly to Florida and knock  Hogan, Bischoff and Dixie out cold.

Fire all the talents you had for this guy....Yup she is dumbest broad of centurycentury yes and replace her with Shane Mcmahon or someone else smarter

I hate how they don't think to make it believable. Like this bonehead is going to be smart enough to make this August1Warning crap. Nobody knew who he was either xD

Also, I don't see how this is helping them. This is feeding their viewers into the MMA instead of attracting viewers which they really do need and having them watch this show, yet Dixie thinks she is doing smart business. She is stupid.

yes and replace her with Shane Mcmahon or someone else smarter

And maybe we'll get good stuff.

What a load of trash. Don't know how any WRESTLING fan can defend TNA here. Just a mind-boggling decision. All that hype for another damn MMA guy. #TNAwful 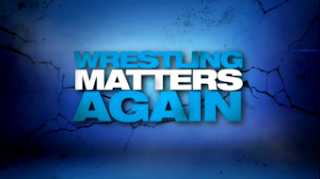 YES! Yes! Yes!
The man I was hoping for all along, I knew someday he would legitimise tna and take it to the top with his dedication and superb wrestling skills, I knew he had the brainpower to pull this whole August 1 thing off.
Naaaaa mine Daz n brokens joke about either gooker and ShockMaster being behind it would have been better than this, I hate Mma being mixed with wrestling, it's all rolling around, cuddling and boring, pretending to be in real fights when everyone knows its ore determined, ufc can get away with it because of the excitement of it being "real" and such, what's Dixie planning to make a mma division or something with these 3 guys she's brought in within 9-10 months, This stuff seriously frustrates me, I was expecting a WRESTLER, I wanted a WRESTLER, because I'm watching WRESTLING, not Mma,ufc,fight night, WRESTLING, talents like Morgan, Tara, crimson, Ryan, York wanted to be WRESTLERS, trained to be WRESTLER and it makes me sick that a guy like Tito who's just dabbling around thinking oh let's try wrestling could be fun, a guy like rampage who hasn't had a match yet, or even worse a guy like Mo that's not been busting his ass in development is on the TNA Roster and those real WRESTLERS aren't makes me sick to my stomach, I could go on about Garott " don't hold a candle to my father" Bischoff or Whore Hogan who announced her engagement killing the storyline with ray!,
What's the odds these assclowns get matches at bound for glory while the likes of half the roster will need to fight tooth and nail for a spot! Speaking of which theyres not gonna be much of a roster left, rant over We are not the only ones pissed

Like Amir said, I don't know how any wrestling fan can defend this decision. I came to watch wrestling, end of, nothing else. And certainly not awful, watered down, past their prime, former MMA stars.

Like Amir said, I don't know how any wrestling fan can defend this decision. I came to watch wrestling, end of, nothing else. And certainly not awful, watered down, past their prime, former MMA stars.


All to promote bellator?

I don't like the influence of SpikeTV. Probably promoting it because they lost UFC.

from what i've herd dixie wasn't behind the releases, her mom which is part owner of TNA released them so Blame Her Mother lol and the others things as well its Spike TV there the ones who tell Hogan what to do lol

I watch both MMA and pro wrestling and this was a huge letdown in the aspect of me being an even bigger pro wrestling fan. I'm sold that this is the final nail in the coffin for TNA.

Guys, he is a wrestler, It is one of his fighting styles, why so pissed off? I was hoping It to be Shelton Benjamin but Tito isn't bad.

Guys, he is a wrestler, It is one of his fighting styles, why so pissed off? I was hoping It to be Shelton Benjamin but Tito isn't bad.

WE WANT WRESTLERS! YOUNG WRESTLERS! Not past their prime boring fighters...