(The beggining of the series . These games were released in 2D and based on the concept of killing and stealing cars . The games had mixed success .) 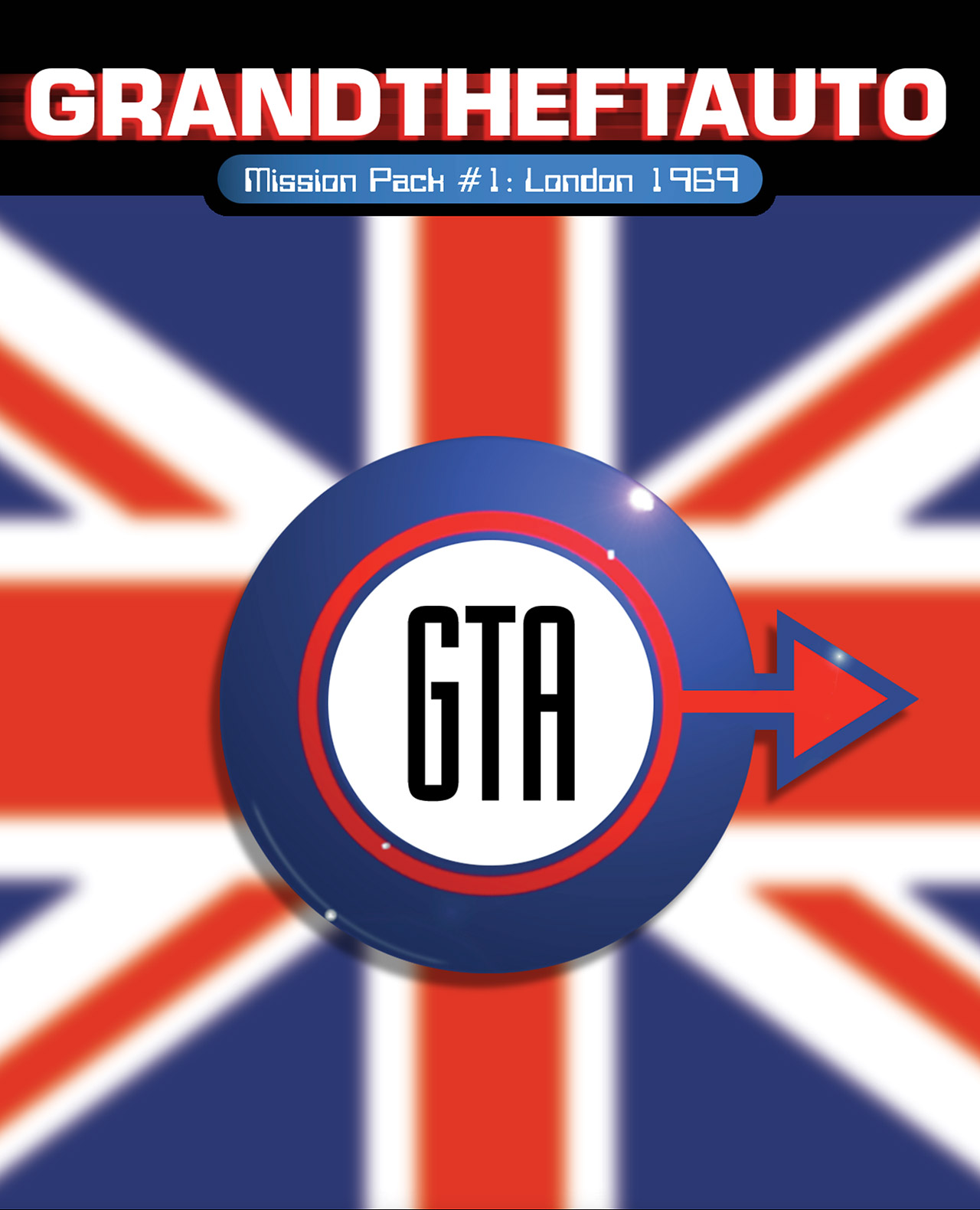 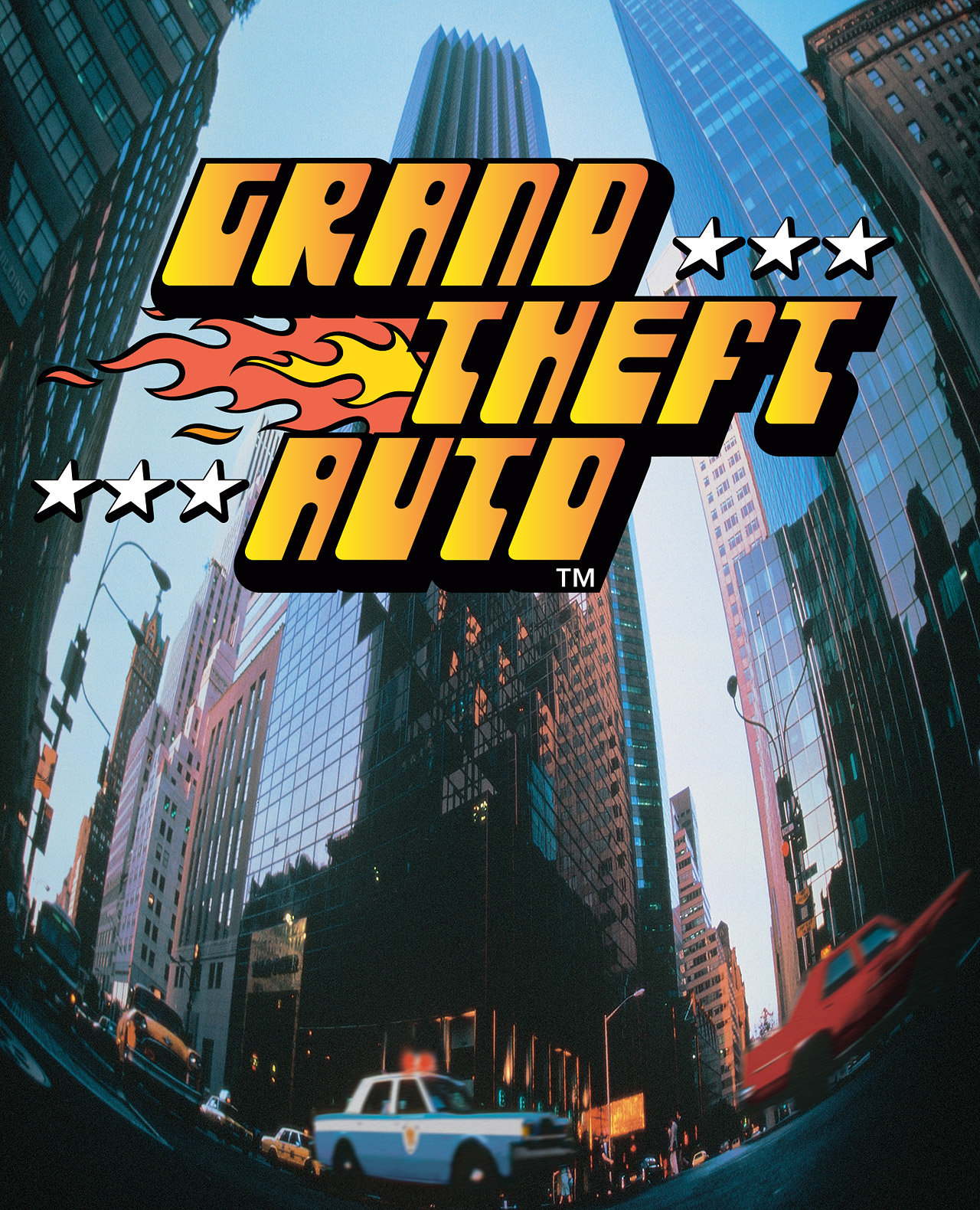 The following game is Grand Theft Auto , that happens in 1997 . However , the game doesn't have any story or a remarkable event . 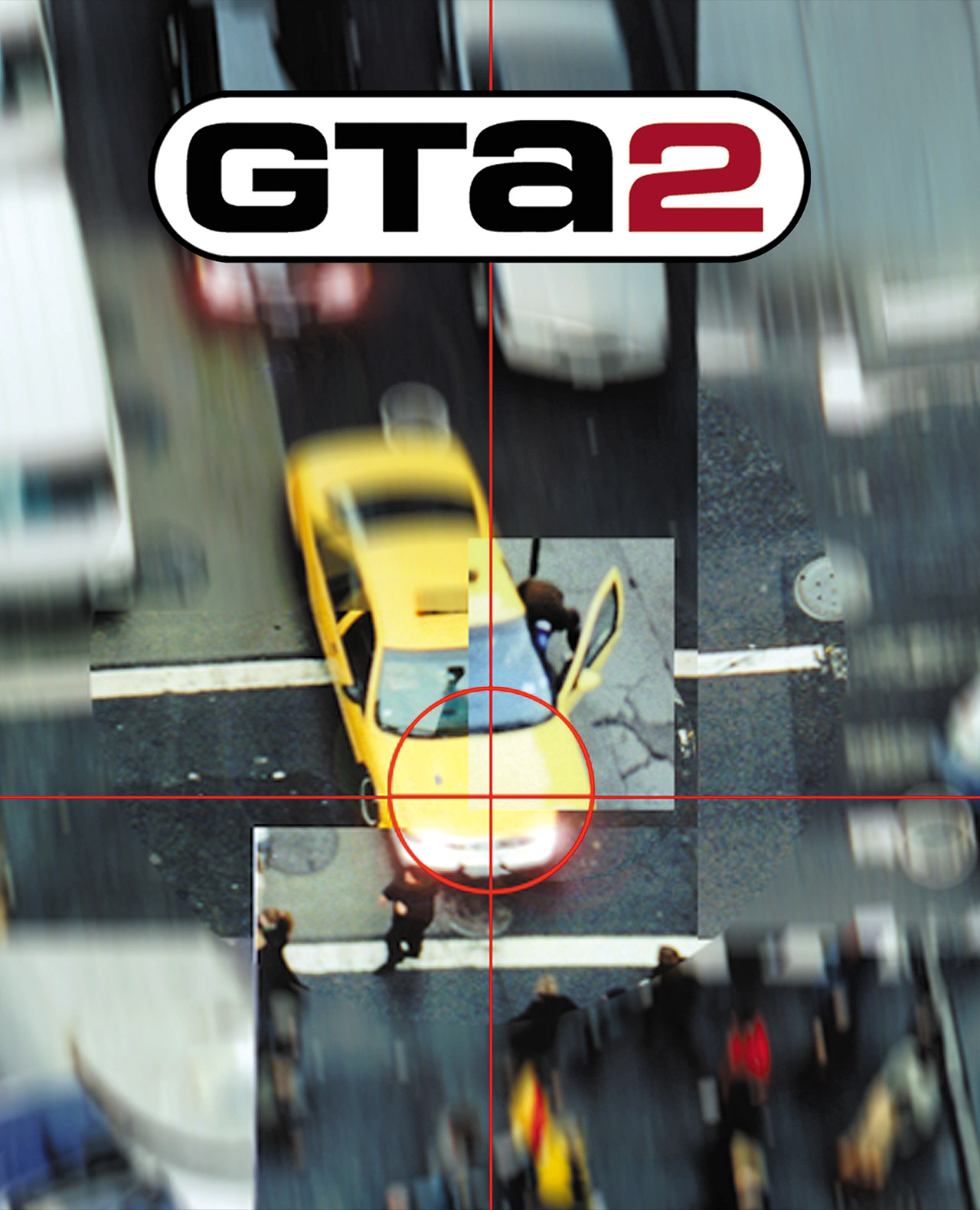 The closer game of this universe is Grand Theft Auto 2 , is hinted to happen between 1997-2013 . Something curious is that , even though he's an important character and protagonist of the 3D Universe , he's the playable character on Sega Dreamcast , PC and PS1 .

(The 3D Universe is considered the breakthrough of the Grand Theft Auto series , with sales and reviews rising giantly . It began with Grand Theft Auto III , released in 2001 and happening on Liberty City) 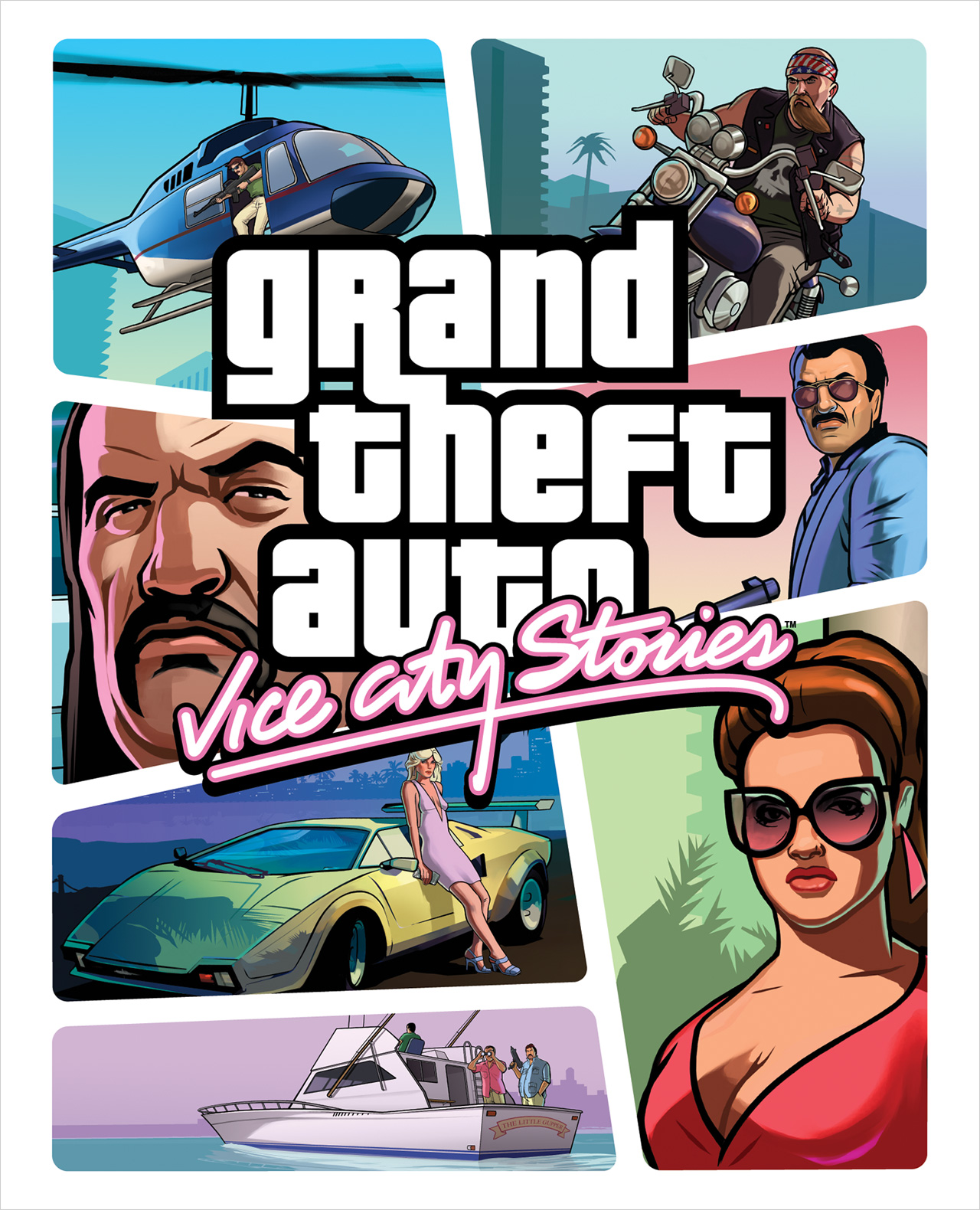 The 3D Universe starts with Grand Theft Auto : Vice City Stories , happening in 1984 with Victor Vance as protagonist , who joins the United States Army . He's the brother of Lance Vance who arrives at Vice City wanting to gain money to pay a doctor for his other brother , Pete , who has asthma . In the army , he will meet sgt. Jerry Martínez , who he will clash with . After take control over a true business' empire in Vice City , Victor decides to leave the city for a few time and never be involved with the drugs' business anymore , even though Lance steals 20 kgs of cocaine to their boss at the time , Ricardo Díaz . 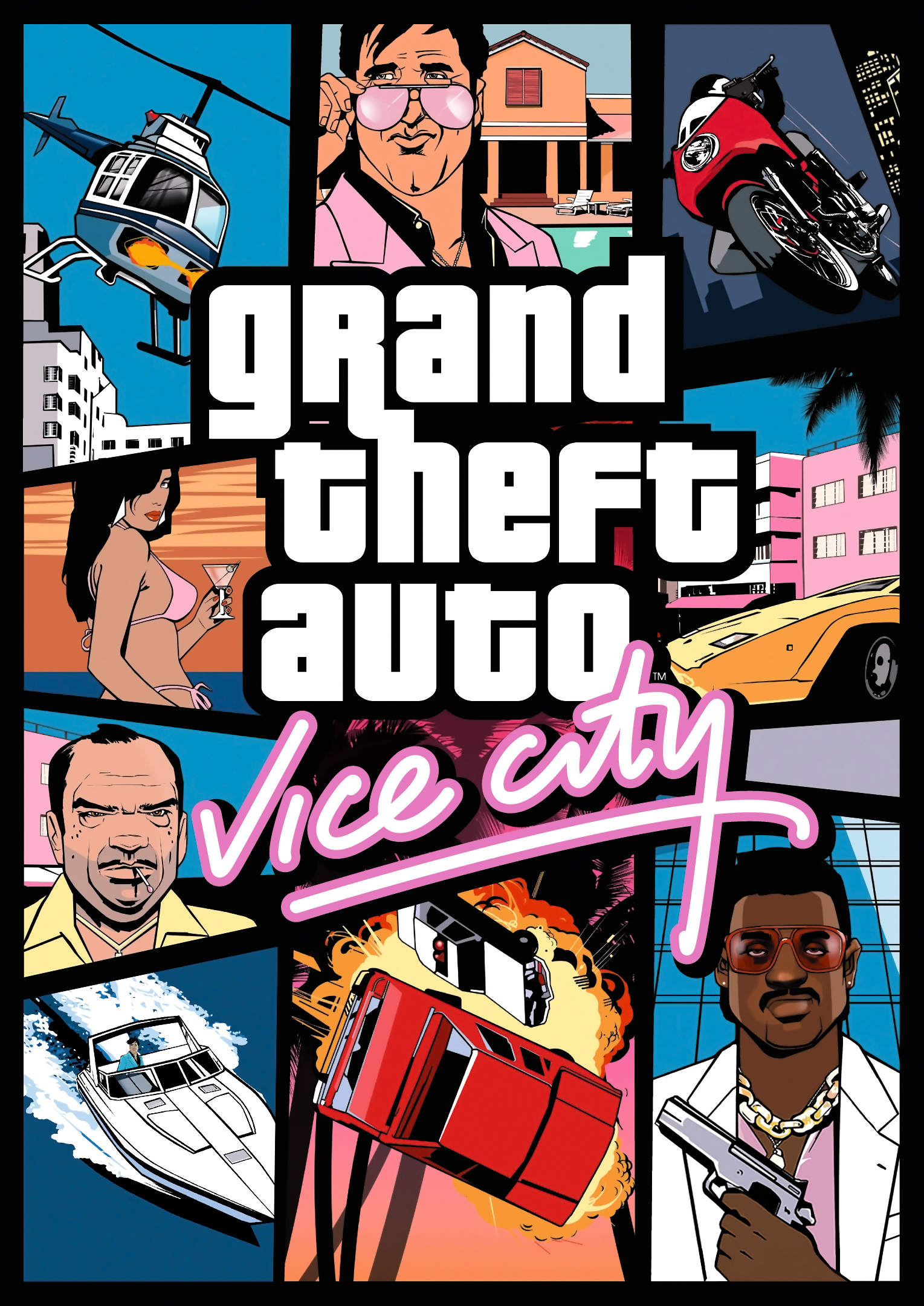 Next is Grand Theft Auto : Vice City , happening 2 years after , in 1986 . The protagonist is Tommy Vercetti , a criminal that has been released from Liberty City's prison . Trying to restart his career in the mafia , does a drug buy job for the capo of the Forelli Family , Sonny Forelli , with the bad luck that the exchange is interrumpted by 3 men of Díaz , who wanted revenge on the sellers , Victor and Lance Vance , selling the 20 kg of cocaine they stole . In the deal , Victor dies , becoming the first protagonist to die . Tommy , on the other hand , manages to scape quickly , leaving the money and the cocaine behind . Sonny orders him to recover both parts of the deal . Nevertheless , Tommy creates his own criminal organization that powerful that they take control over all Vice City . 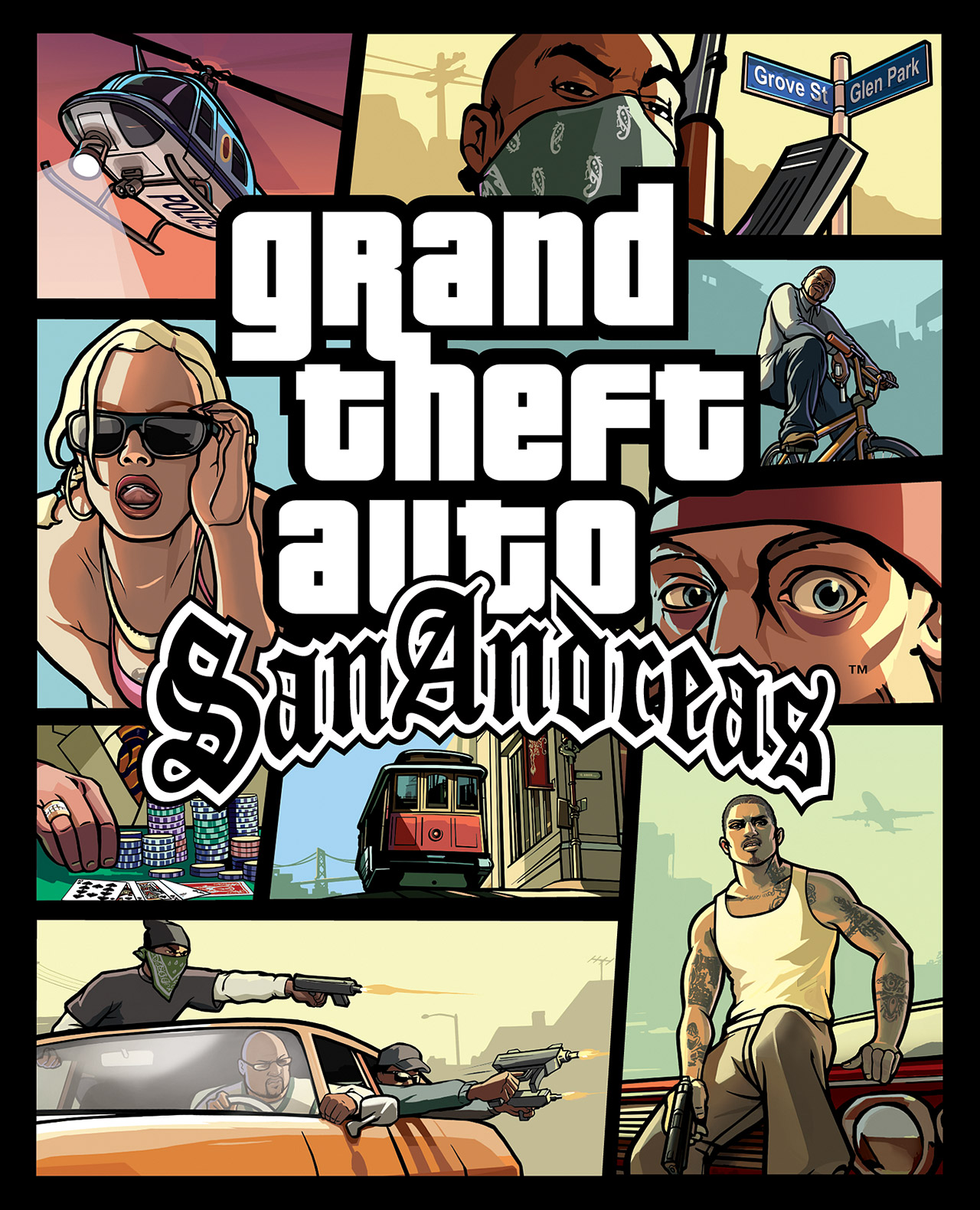 After it , the next one is Grand Theft Auto : San Andreas , that occurs on 1992 . The protagonist is Carl Johnson , who comes back from Liberty City to the street he was born in Los Santos , for try to discover what happened to his mother , who was killed by a Drive-by from a green Sabre . Back there he meets with the problems he left behind : the drugs , the rival gangs , his brother angry with him ... During it , he meets the cousin of one of his friends (Cesar Vialpando) , Catalina , who falls in love with Carl and they go out together , until she breaks with him for Claude Speed and the couple leaves Los Santos for Liberty City . 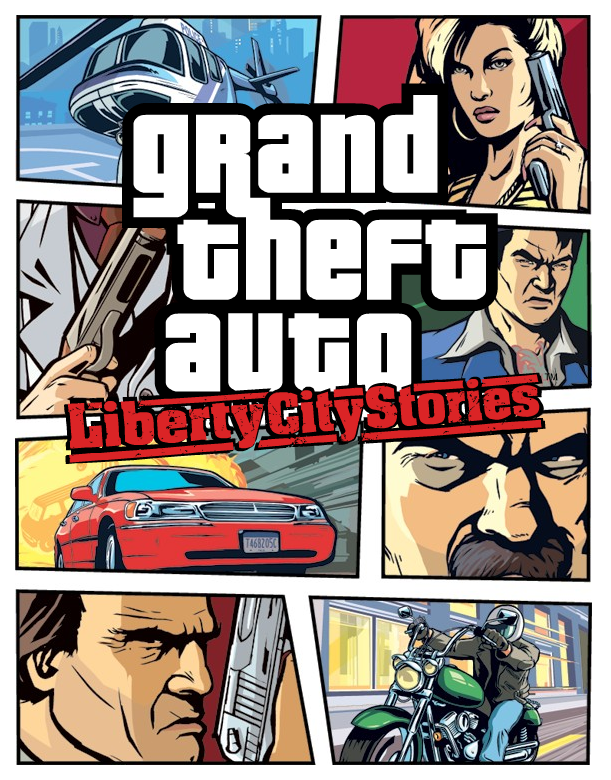 The game that followed it was Grand Theft Auto : Liberty City Stories , that occurs on 1998 . The protagonist is Toni Cipriani , a thug smarter than he looks that works for Salvatore Leone . Toni comes back to Liberty City after been a long time out of the city for kill a rival gangster . His objective is become the right hand of Liberty City mafia's boss . 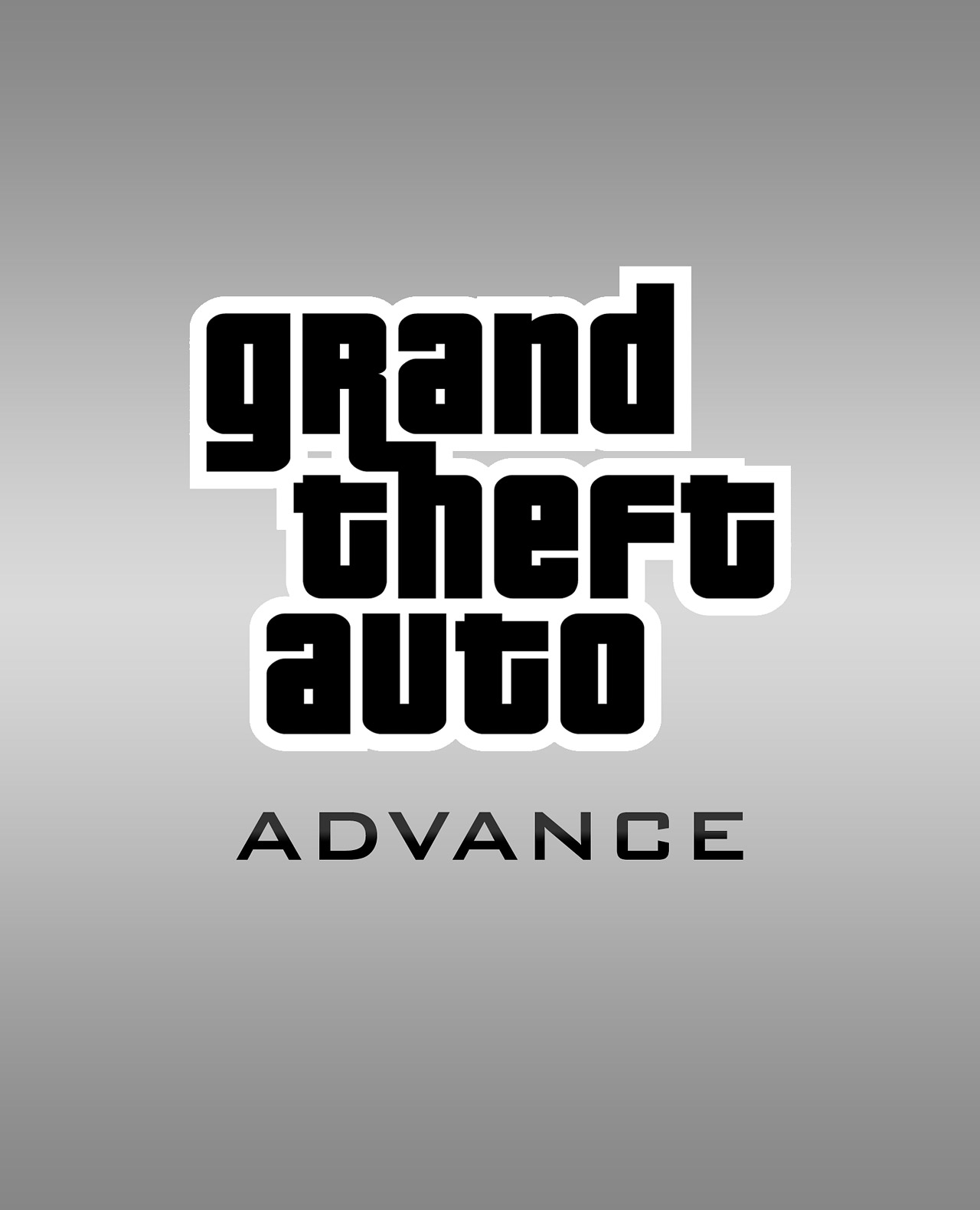 Next in line is GTA Advanced , that happens in 2000 , where the protagonist , Mike , who works with Asuka Kasen , leader of the Yakuza . In this game is explained the reason of the rivalry between the Cartel and the Yakuza , how 8-Ball was arrested and how Catalina became the boss of the Cartel . 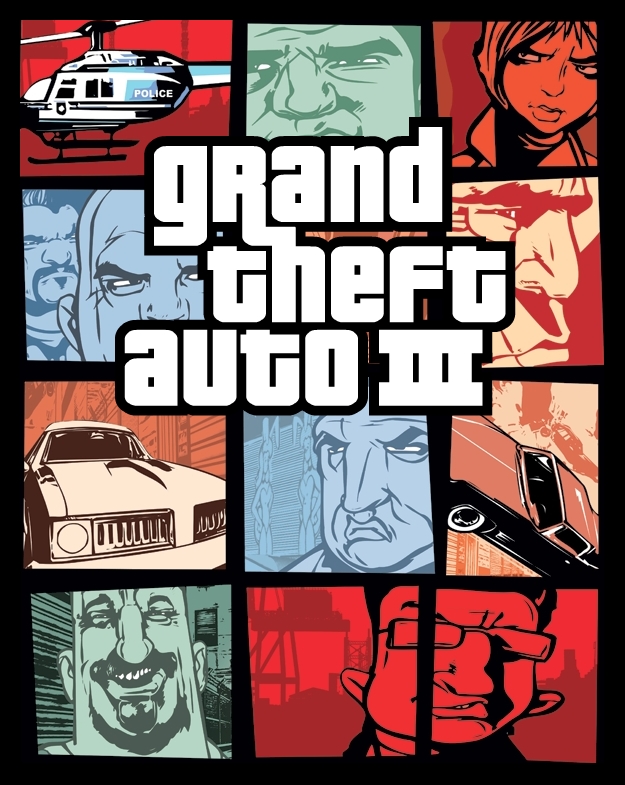 For end the 3D Universe , we have Grand Theft Auto III , that happens in 2001 . In this game we play as Claude Speed , who is betrayed by her girlfriend Catalina during a bank robbery . Nevertheless , with the help of 8-Ball , he manages to keep going forward and after do a lot of missions until he finds Catalina and her new boyfriend , Miguel .

(The HD Universe incorporated much more realistic gameplay and graphics . All the games of this universe , except Chinatown Wars , use the Euphoria animation engine , that adds realism to the game , and Rockstar Advanced Game Engine aka RAGE , for the game graphics .) 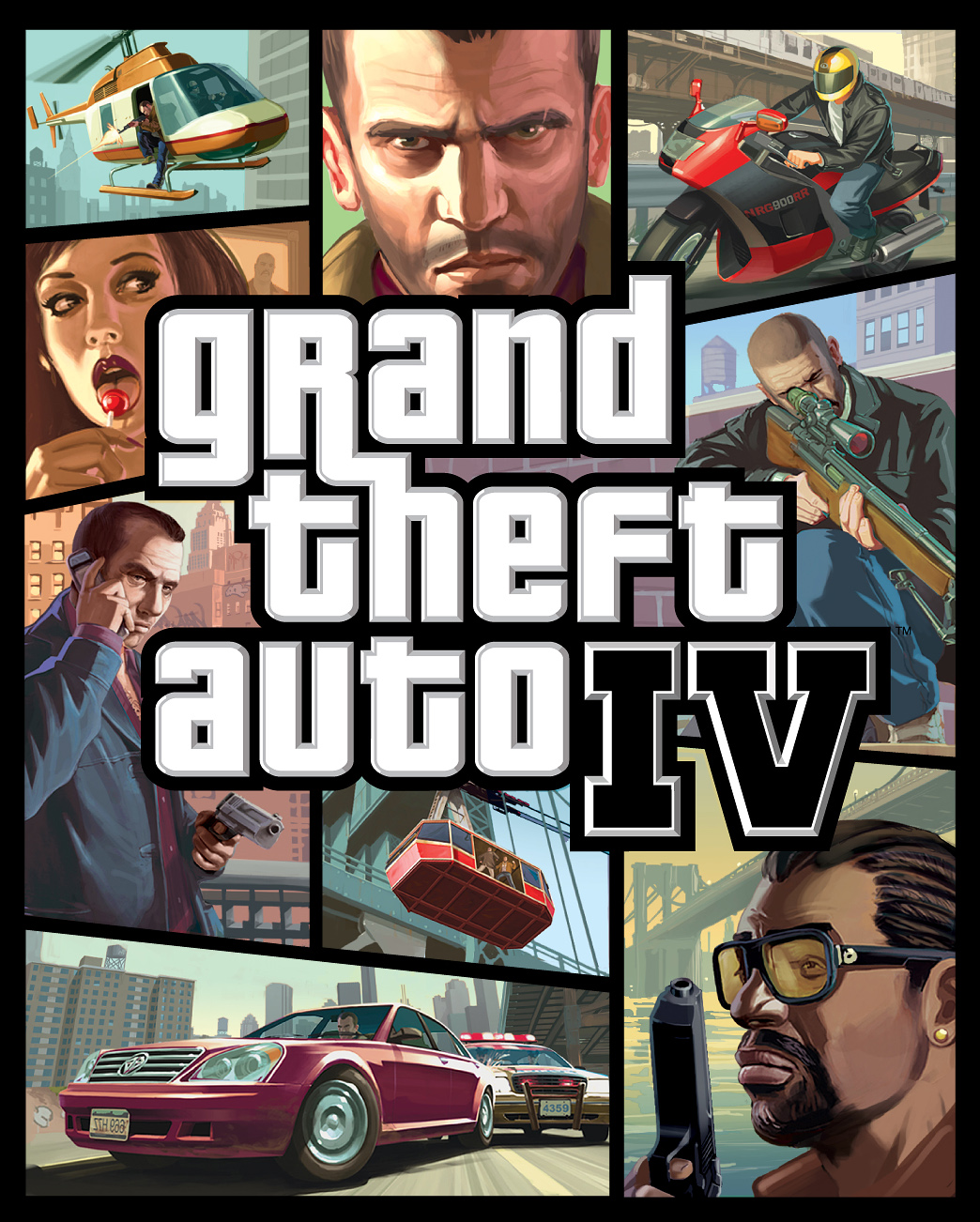 The story of the HD Universe starts with Grand Theft Auto IV , in 2008 , where the protagonist is Niko Bellic , an inmigrant from Serbia guilty of kill , sell and traffic of humans . Niko decides to start a new life when he ruined his boss Bulgarin after a ship with humans to traffic with was sink . His cousin Roman sent him various emails about how he was living the "american dream" and inviting him to live with him , and after the problem told , he decided to do it , but when he arrived , he discovered Roman has been lying to him . Through the adventure Niko meets the protagonists of the game expansions , Johnny Klebitz and Luis Fernando López . 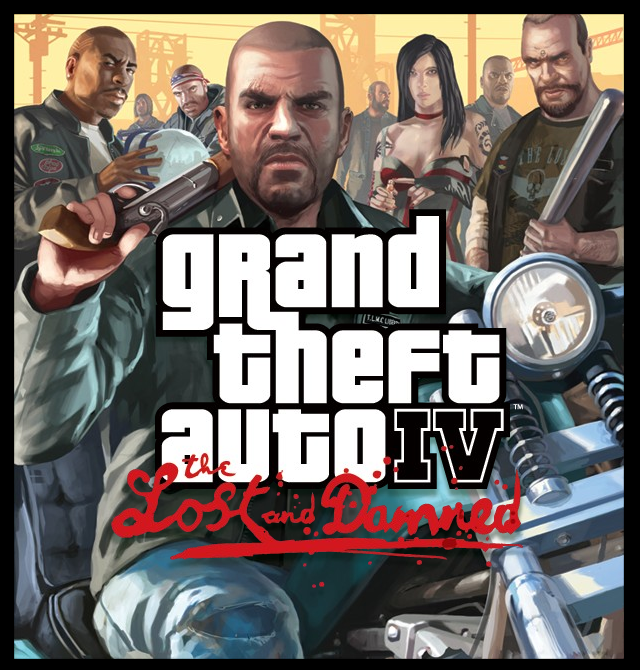 The story is continued and built at the same time in Grand Theft Auto IV : The Lost and Damned (still in 2008) , where the story focuses on Johnny Klebitz , a veteran member of The Lost Motorcycle Club . Johnny has been doing important business for The Lost in Liberty City , but his loyalty will be tested when the President of the Club , Billy Grey , after be released of prison . When Billy returns , he just want to do blood's baths , and Johnny will be forced to participe in the middle of a war for the control of the city . 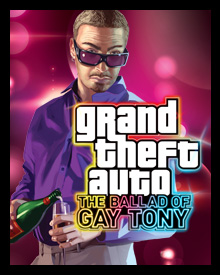 The story is continued and built at the same time in Grand Theft Auto IV : The Ballad of Gay Tony (still in 2008) , where the story focuses on Luis Fernando Lopez , a thug who is assistant of Anthony Price , known as Gay Tony , an important businessman who owns 2 night clubs : Hercules and Maisonette 9 . He will he involved mainly in the night life and with the rich people of Liberty City . 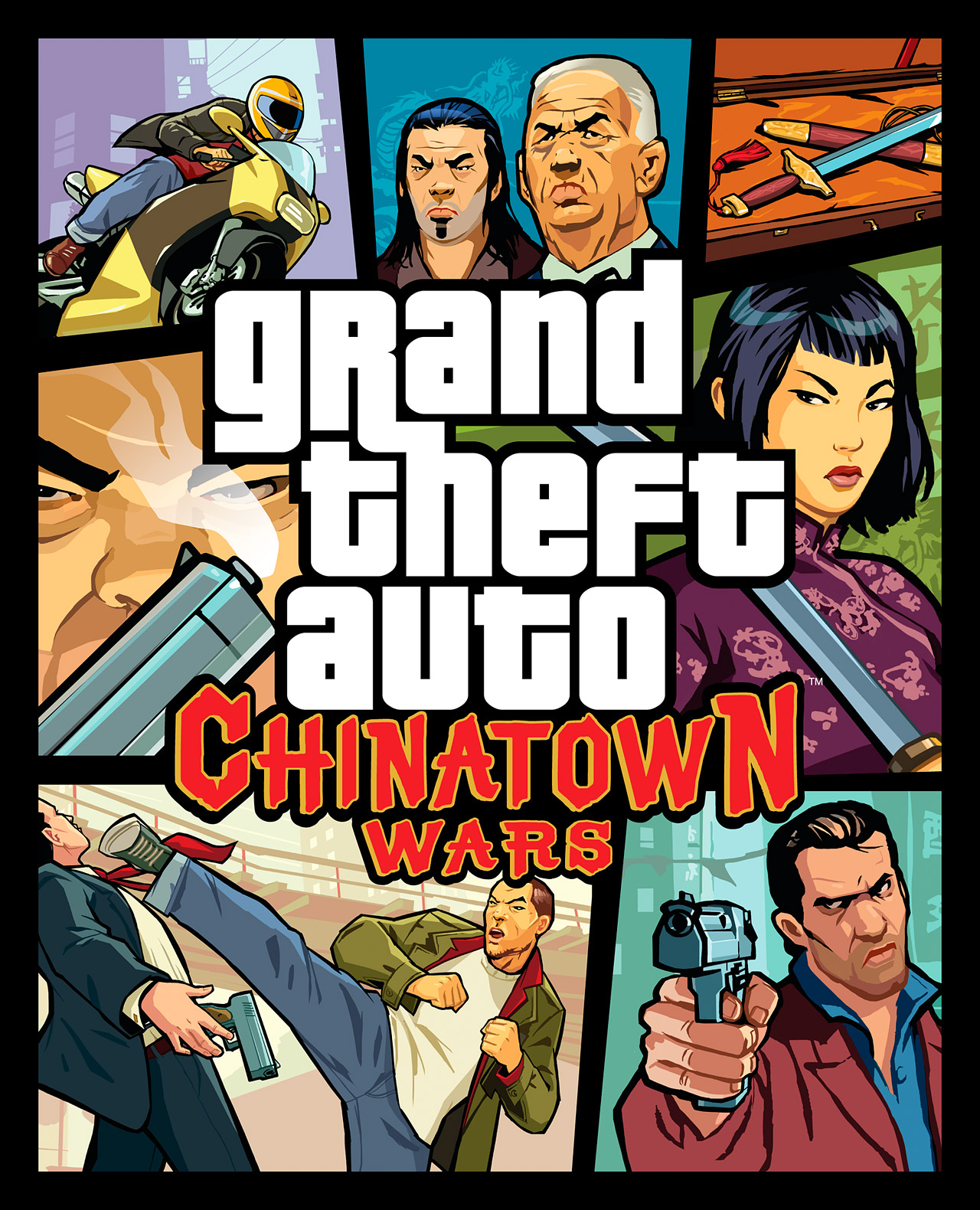 Next in line is Grand Theft Auto : Chinatown Wars , that happens on Liberty City one year after , in 2009 . This game uses the cell-shading . The protagonist is Huang Lee , 25 years old , who comes back from Hong Kong after the death of his father . He brings a relic sword of the Lee Family , Yu Jian , with him . Huang arrives , but a few streets passed from the Francis International Airport , he's attacked and hurt badly . The sword is taken from him and he's thrown to the Humboldt River , but he wasn't dead , he simulated it , swim to the beach and headed to his uncle's bar . Huang tells him everything , and Wu Lee (his uncle) , furious , orders him to recover the sword . Not only he will have to recover it , but also avenge his father's dead . 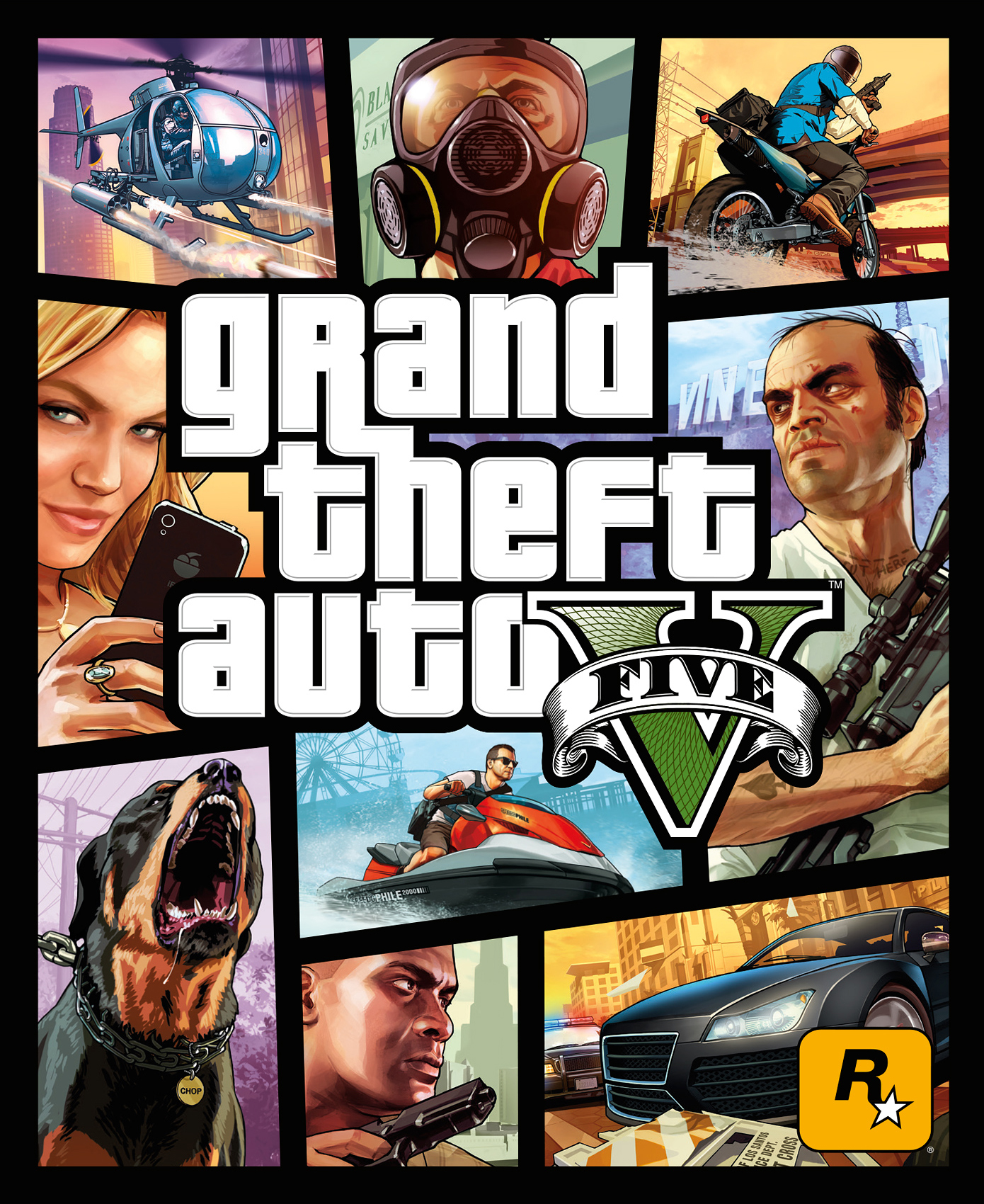 The newest chapter in the HD Universe is Grand Theft Auto V , that happens in 2013 , in the city of Los Santos . For the first time there's 3 protagonists : Michael De Santa (a professional bank robber now retired in his 40s after make a deal with the FIB and enter their protection program . He's trapped in a appearence marriage and he doesn't understand his kids .) , Franklin (member of the Groove Street Family with his best friend Lamar . They also work as repo-man for an armenian car dealer called Simeon Yetarian . He's 20 years old and have a rottweiler called Chop) and Trevor Phillips (ex-soldier on his 40s . He's a drogadict , deals with drugs and is crazy . He is Michael's best friend and also one of his partners during the robberies Michael made . He's friend of Ron , a conspiration paranoid .) .

The It Factor of the Hotel

Siickk! Thanks for posting this.

Thanks for posting! GTA London was fun game, It had one of the best radio stations.

I remember playing GTA London, ahh the good times. I hope they do another one in the future

Also tagged with one or more of these keywords: GTA Series