126 replies to this topic

Dat ass needed a fan club of it's own. 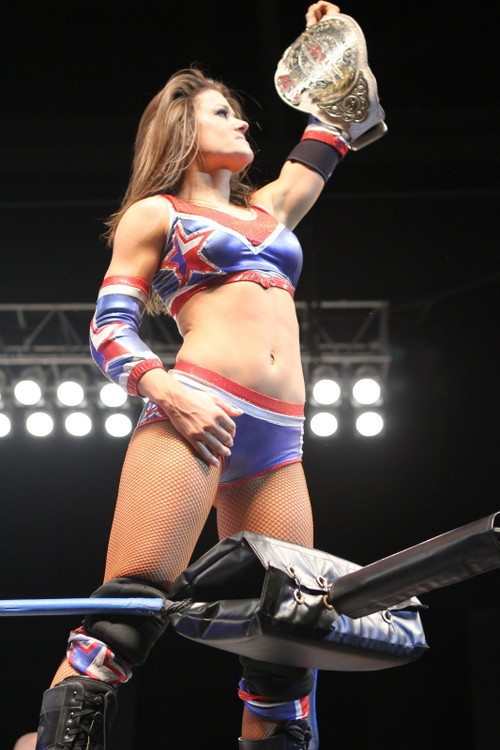 Brooke Nichole Adams is an American model and professional wrestler, currently working for Total Nonstop Action under the ring name Brooke Tessmacher. She previously worked for World Wrestling Entertainment appearing with Kelly Kelly and Layla in the dance group Extreme Exposé on the company's former ECW brand. She is a former two-time TNA Women's Knockout Champion and a one-time TNA Knockouts Tag Team Champions with Tara, known collectively as TnT.

For a time the family lived out of the mother's Daytona hatchback until they had enough money to afford an apartment. She played basketball, volleyball, track and rugby. She started doing bikini modelling and competed in pageants such as Miss Hawaiian Tropic, Miss Swimsuit USA and Miss Hooters. Her agent told her "You’re way too ripped to keep modelling  You need to go to the fitness side, or gain some weight and get softer and be a model."

Added both you guys.

You know I'm a Brooke fan. Add me.

Count me in, please! God damn, that ass. She has a perfect body though. She's so fit and still looks super feminine.