The Latest On TNA’s Lawsuit Against Scott Steiner

The trial for TNA’s lawsuit against Scott Steiner will kick off on June 5th, running for four days. Originally, the trial set to begin in late November but was delayed.

TNA sued Steiner back in June of 2012 over remarks he made trashing TNA, Hulk Hogan, Eric Bischoff, Bruce Prichard and others. TNA claimed that Steiner had breached his contract, by making these remarks and are seeking both damages and an injunction against Steiner speaking out. At the time his contract was reportedly already expired.

Steiner said he never agreed not to disparage TNA and that he didn’t breach his deal. He also denied being part of a “concerted effort to disparage” TNA. He was offered a new contract, he says that he turned it down and never executed the deal. 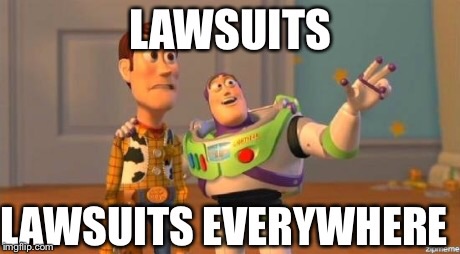