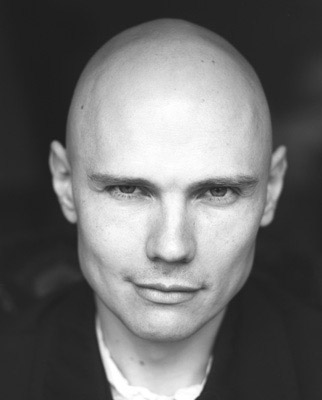 UPDATE: Billy Corgan posted the following on Twitter, noting that this is a “full-time endeavor” for him…

And to counter a press report I've already seen, my participation with @IMPACTWRESTLING will be a full-time endeavor.

Anyone who knows me knows that I don't do ANYTHING half way. And to @IMPACTWRESTLING's credit they brought me in to make things happen

ORIGINAL: TNA announced today, via press release, that Billy Corgan has been hired as the Senior Producer, Creative and Talent Development, effective immediately. His job will be to develop characters and create story lines for Impact Wrestling. Here is what he had to say about joining TNA…

“Saying I’m humbled and honored by this opportunity to be part of TNA, a world-class wrestling organization, is an understatement and a dream come true. What’s great is the entire TNA organization stands in full support of my music life with the Smashing Pumpkins. In return, I’m fully committed to using my 30 years of entertainment experience, along with my deep-rooted passion for pro wrestling, to take on the thrilling challenge of creatively contributing to IMPACT WRESTLING, finding and developing new talent, and working eye-to-eye with the best-of-the-best. For as cultures currently evolve at great speed, so must pro wrestling meet and supersede such expectations to thrive.”

“I’ve known Billy for years and have always been blown away by his musical artistry, as well as his knowledge and understanding of professional wrestling. He has always impressed me with his creativity and passion for our business. Billy is truly gifted and understands the emotion tied to the psychology of connecting with an audience. The more we talked, the more I realized his perspective has the potential to make a huge impact on our brand.”

Doesn't seem a bad sign at all . His a big wrestling fan that has experience in wrestling companies' stuff .

Michael Wilbon, the co-host of ESPN’s Pardon the Interruption, took a shot at Billy Corgan and TNA today at the end of the show. He mentioned Corgan’s signing with TNA and said of TNA, “whatever that is.” Co-host Tony Kornheiser added that Smashing Pumpkins aren’t big arena draws anymore, so Corgan needs to work somewhere.

TNA was reportedly very happy with all of the mainstream media coverage that they got with the Billy Corgan signing.

Billy Corgan posted the following on Twitter, noting that he had previously purchased the wrestling archives of Chicago promoter Bob Luce. Here is what he had to say about it…

One thing I've yet to reveal, until now, is that I'd recently purchased the wrestling archives of the great, Chicago promoter Bob Luce...

Amongst Mr. Luce's collection were 9000 photos from 1955-1961, with many featuring Verne Gagne both in and out of the ring, and at home

So someday soon I hope to put together a book and possibly a website to share these fantastic images of so many legends like Mr. Gagne

Plus: The Sheikh, Cholak, Crusher, Dick the Bruiser, Snyder, Angelo Poffo, the Koloffs, and so many, many more, in their absolute prime

Billy Corgan, who was hired as TNA’s Senior Producer of Creative and Talent Development, spoke with FOX News about exploring issues of race, ethnicity and even transgender issues. Here is what he had to say…

“There is a tremendous opportunity to go into really fresh, new directions. Having characters who explore race or transgender issues is certainly a possibility. There are ways to explore those themes in ways that are productive, create new stars and show that value-based ‘babyfaces’, no matter what their background, no matter where they come from, can draw new audiences and inspire people in new ways.”