14 replies to this topic

It looks like people playing the single player portion of Grand Theft Auto on PC are getting banned too.

A lot of players have left negative reviews for Grand Theft Auto V on the game’s official listing on Steam. Some of them were banned for using mods on GTA Online, but others were banned using mods while playing the single player mode.

“Single player is where it’s at! No wannabe ‘Rockstars’ to ruin your fun and give you a ban for the simplest things… Apparently there are people getting banned for modding in SP.”

“If you thought you were going to get a GTA optimized for PC, forget it. Rockstar once again is doing everything in there power to stop single player mods and 3rd party patches, despite all of the aspects where the game is lacking”

Other users were more specific as some players have been using a mod called “FOV” in Grand Theft Auto V. FOV stands for “Field of Vision” and is a mod that allows PC gamers to fit the game properly on certain monitors.

“Being the “definitive edition” I expected it to take into account the strengths of PC gaming, including the ability to mod games. The worst example of this, and the main reason I gave it a negative review is the FOV mods. The default FOV is not natural for PC gamers, even at maximum settings it’s only able to see half the windscreen and half the side window when driving, and you have little awareness of your surroundings in first-person. If you try to fix this yourself with simple mods, your account is banned without warning for an unspecified period of time.”

Even if I was a PC gamer, I would never get GTA on PC. When has that ever not been frustrating?

That is just stupid from their part.

They will eventually make private GTA V servers which will be better and you won't get banned.

Screw that ! What's the point for it ? That's a very dumb move and I'm quite dissapointed with them with their latest choices .

I bet BrokenDreams is jumping with glee, giggling like a child who got the biggest bag of candy sold in a store. Just kidding, Broken. I don't actually give a damn.

I bet BrokenDreams is jumping with glee, giggling like a child who got the biggest bag of candy sold in a store. Just kidding, Broken. I don't actually give a damn. 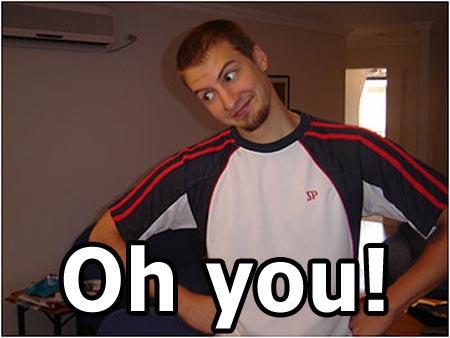 WTF? That's one of the best things on GTA V PC

Rockstar's setting themselves up for failure at this point. C'mon, mods were basically the whole reason people bought your game on PC.

This was posted on Twitter (I apologize for the image being huge): https://pbs.twimg.co...E0DvP.jpg:large

Rockstar's setting themselves up for failure at this point. C'mon, mods were basically the whole reason people bought your game on PC.

For those who didn't read the link I posted; they're only banning modding for Online mode. Single player can actually mod without getting in trouble. Turns out Rockstar actually do like mods.

Good, good. That's the way it should be.