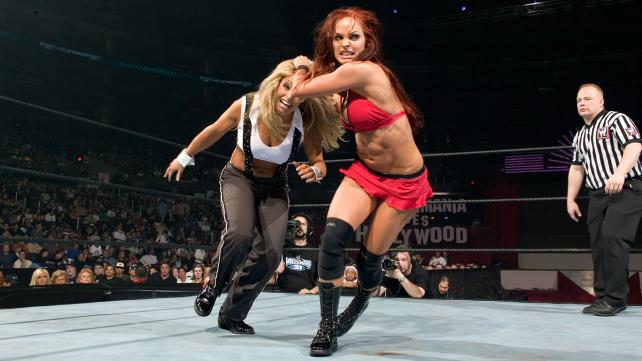 - Christy Hemme has reportedly given notice to TNA and will be leaving soon. She will reportedly be working a great job outside of pro wrestling. Hemme has been with TNA since 2006, most recently working with creative. There was some speculation that she may still work a role at TV tapings but that’s not confirmed and most people believe she’s leaving altogether.

– TNA has a meeting scheduled for this afternoon where they may discuss the reports on Destination America but as of this morning, Dixie Carter had not addressed them yet. There have been several people within TNA unhappy because nothing has been said past the e-mail statement that TNA issued before.

We may be having some more soon.

Hemme. Would nice to see her in the WWE again in the future. I heard she found a better job.

I would've been pissed off if it was Gail Kim ... Hemme was used for interviews and ring announcing , but wasn't memorable on it , so it won't be a huge loss ...