Hey guys, it's EdgarAllenBro. I'm bringing to you an early preview of my 2K16 Showcase. Sure enough more CAWs to come. Hope you enjoy. Let me know what you think and if you want to see more! 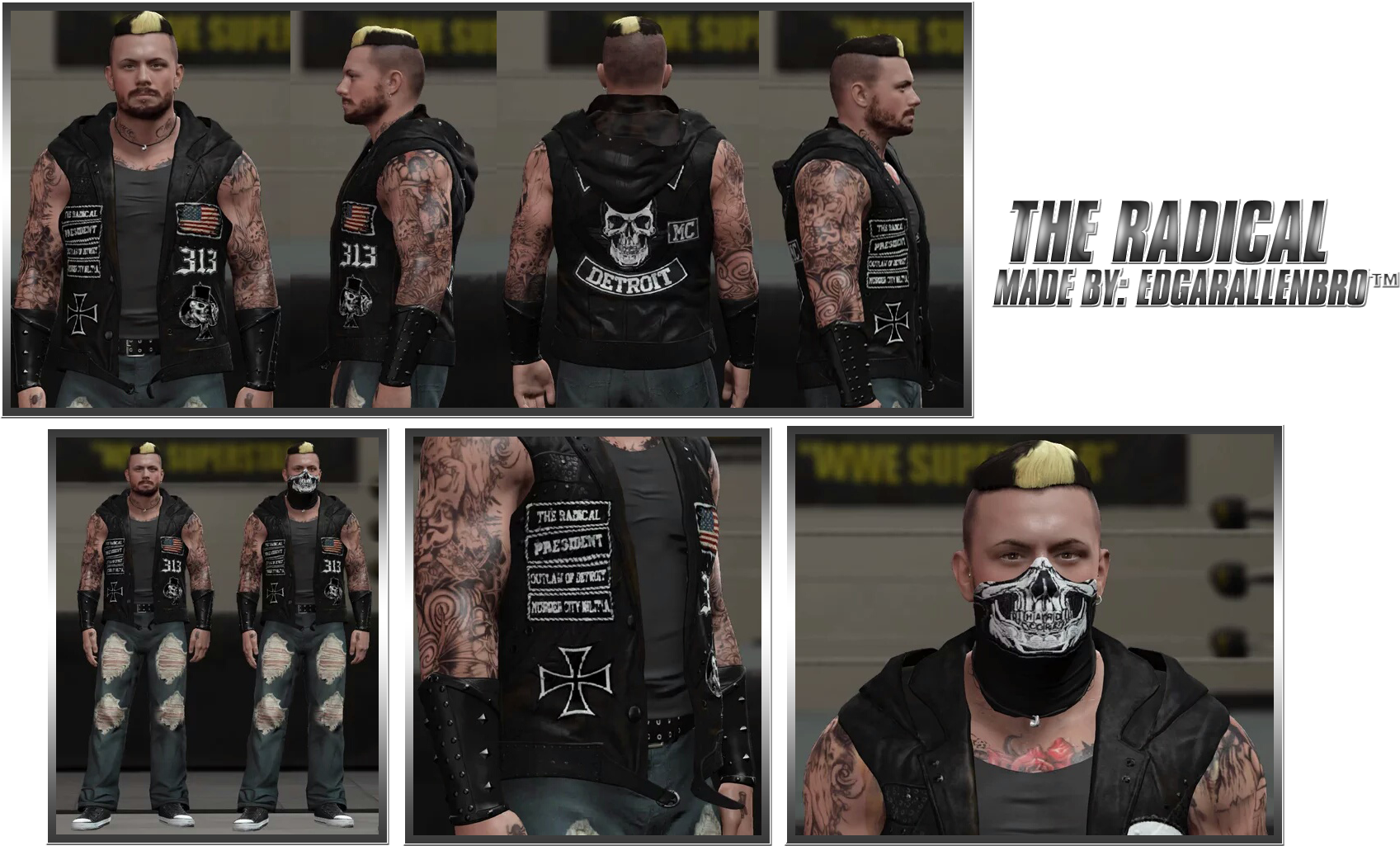 This next one is a preview of The Radical's Alter Ego, Carnage. I don't have a collage made up yet, but I will soon. For now though, enjoy the preview. As always, let me know what you think!

ALIAS: Carnage
HOMETOWN: The Other Side of Darkness
HEIGHT: 5'10"
WEIGHT: 211 lbs.
ALIGNMENT: Heel 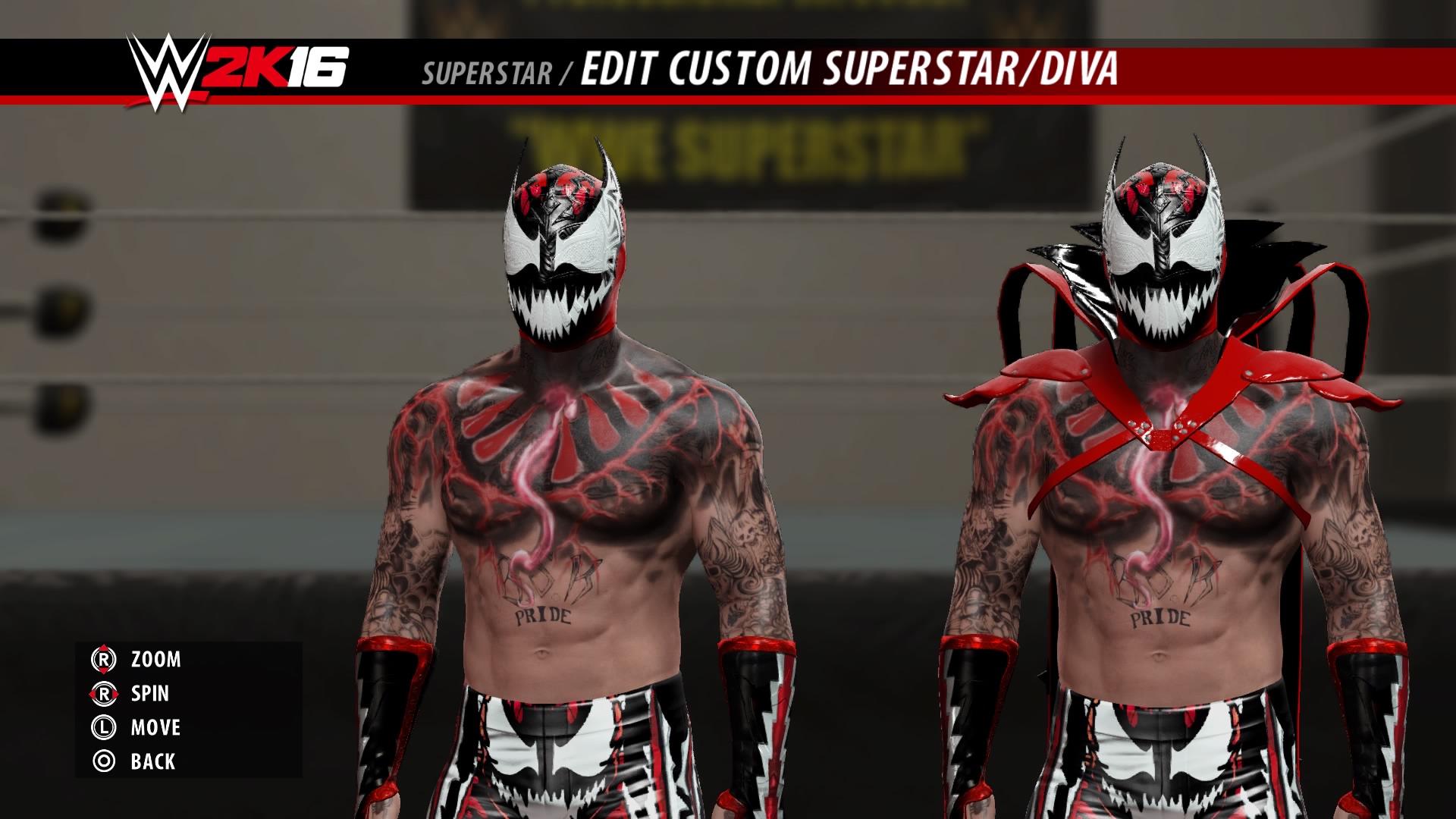 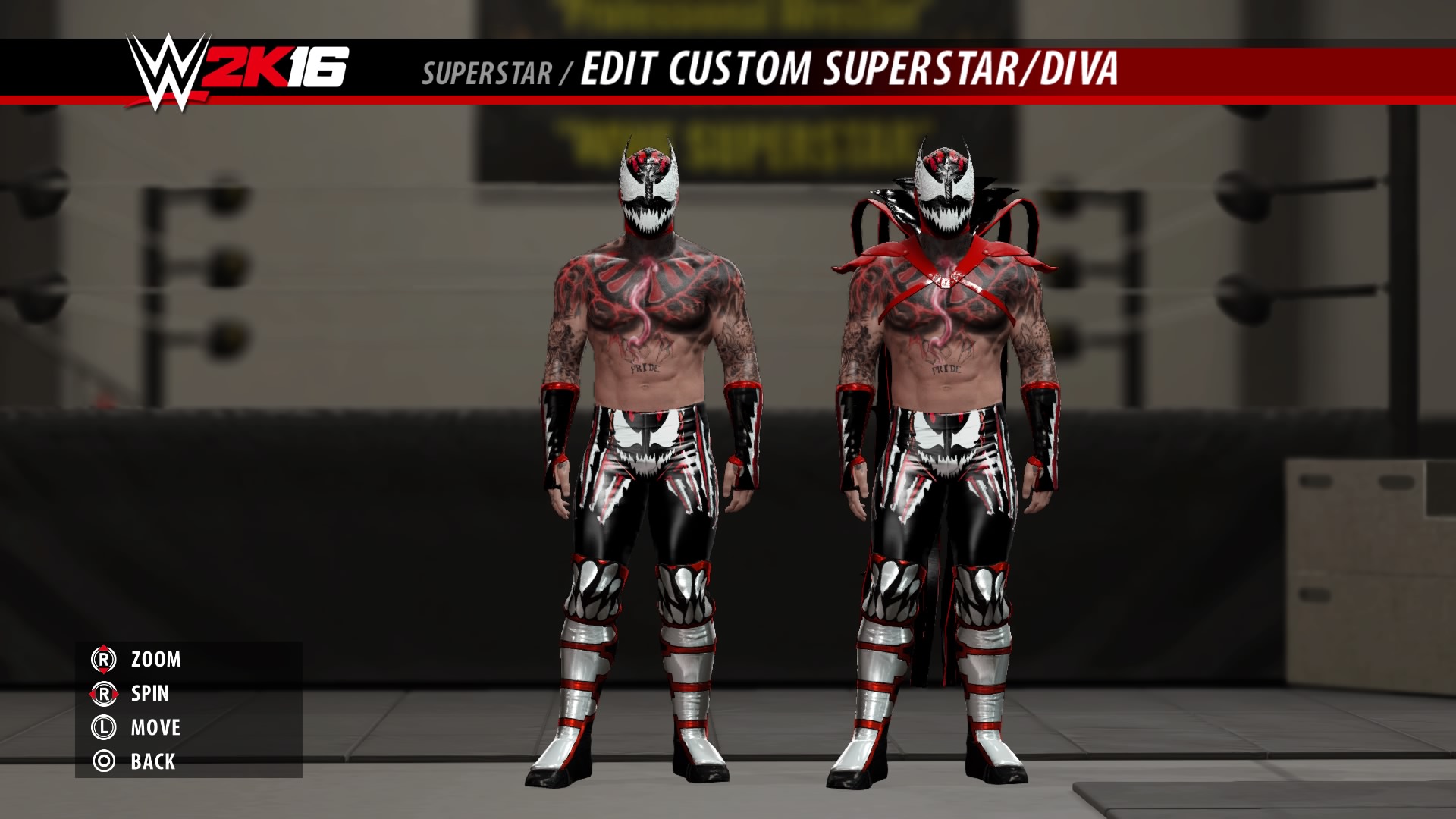 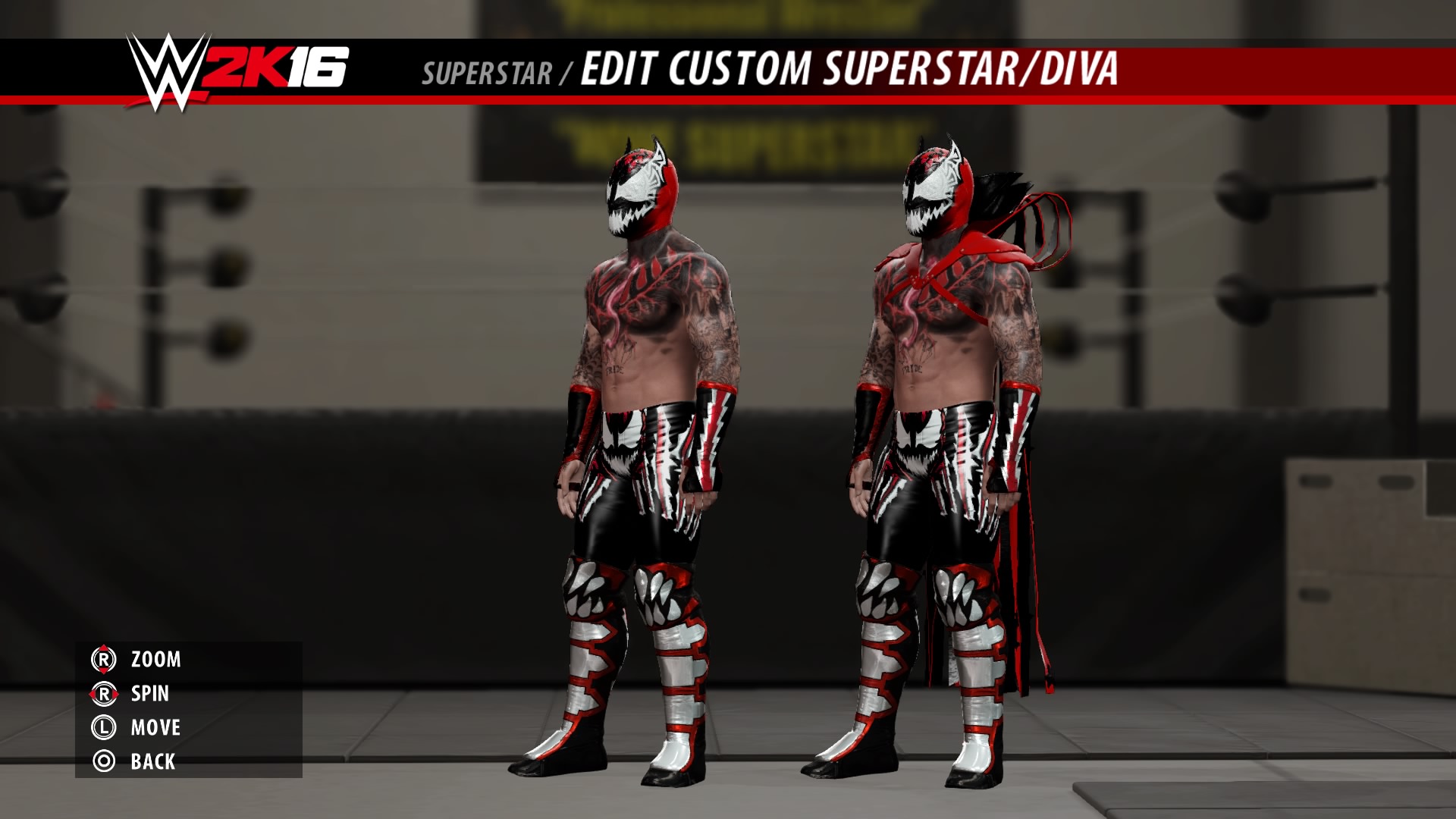 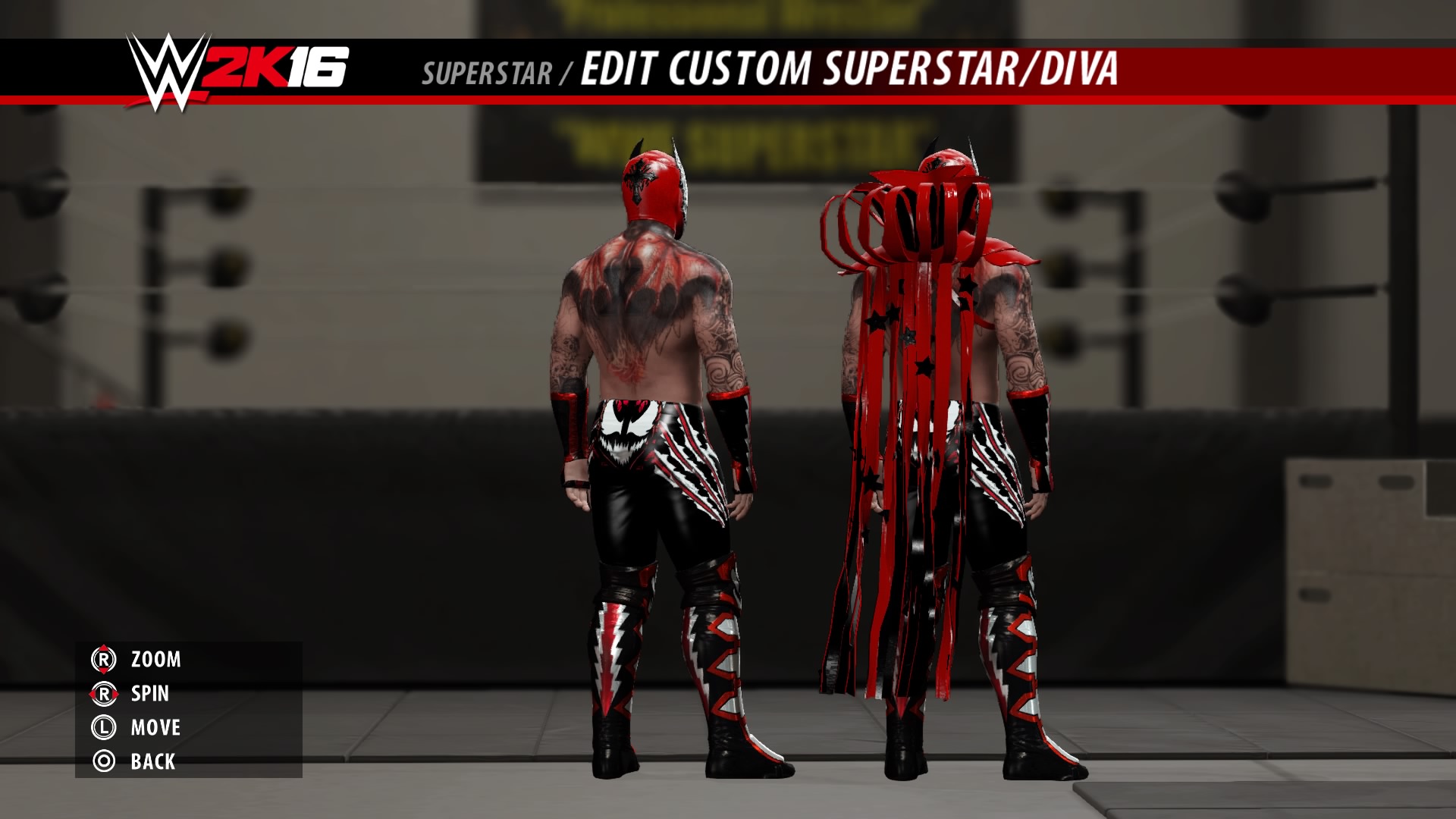 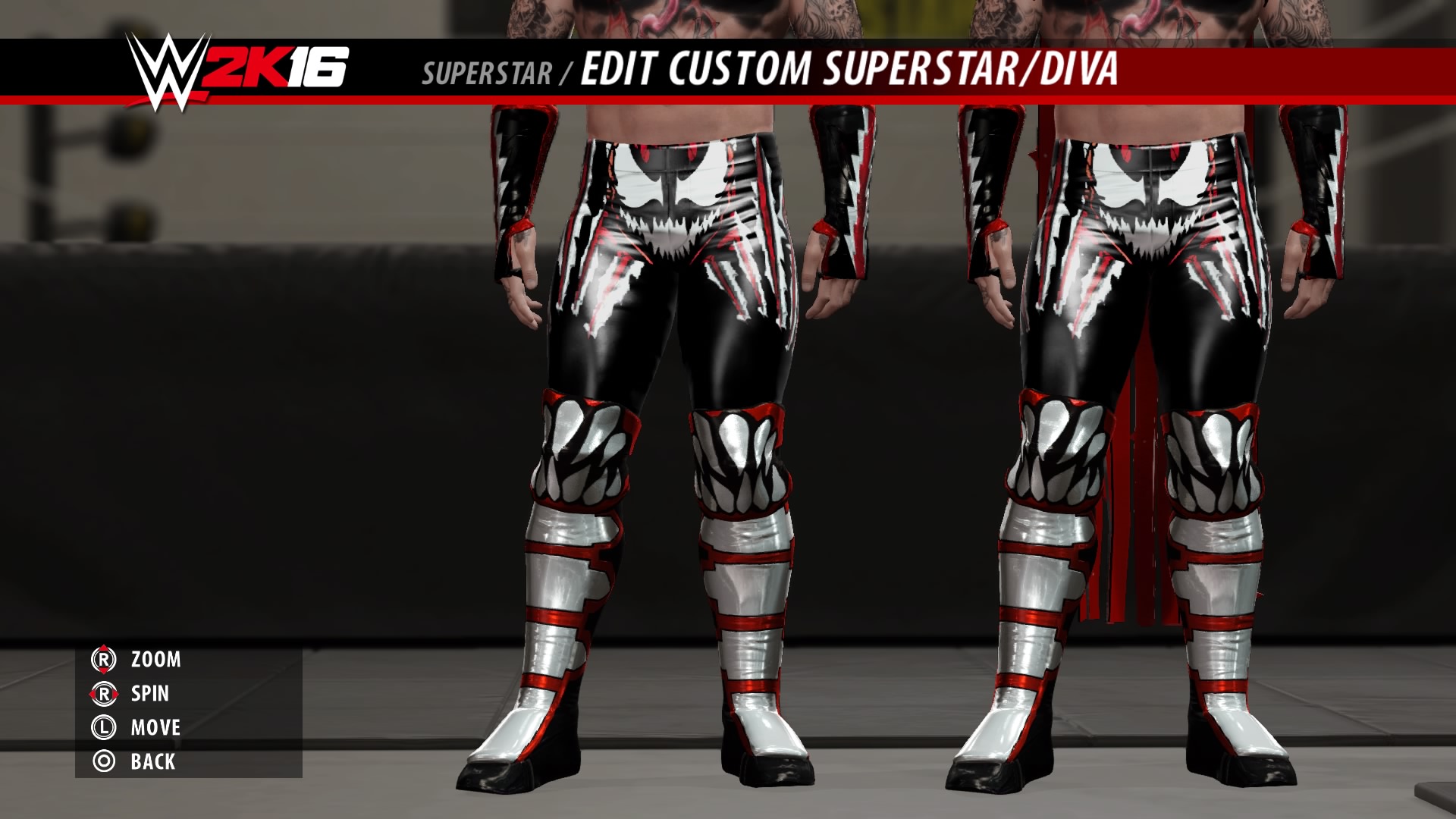 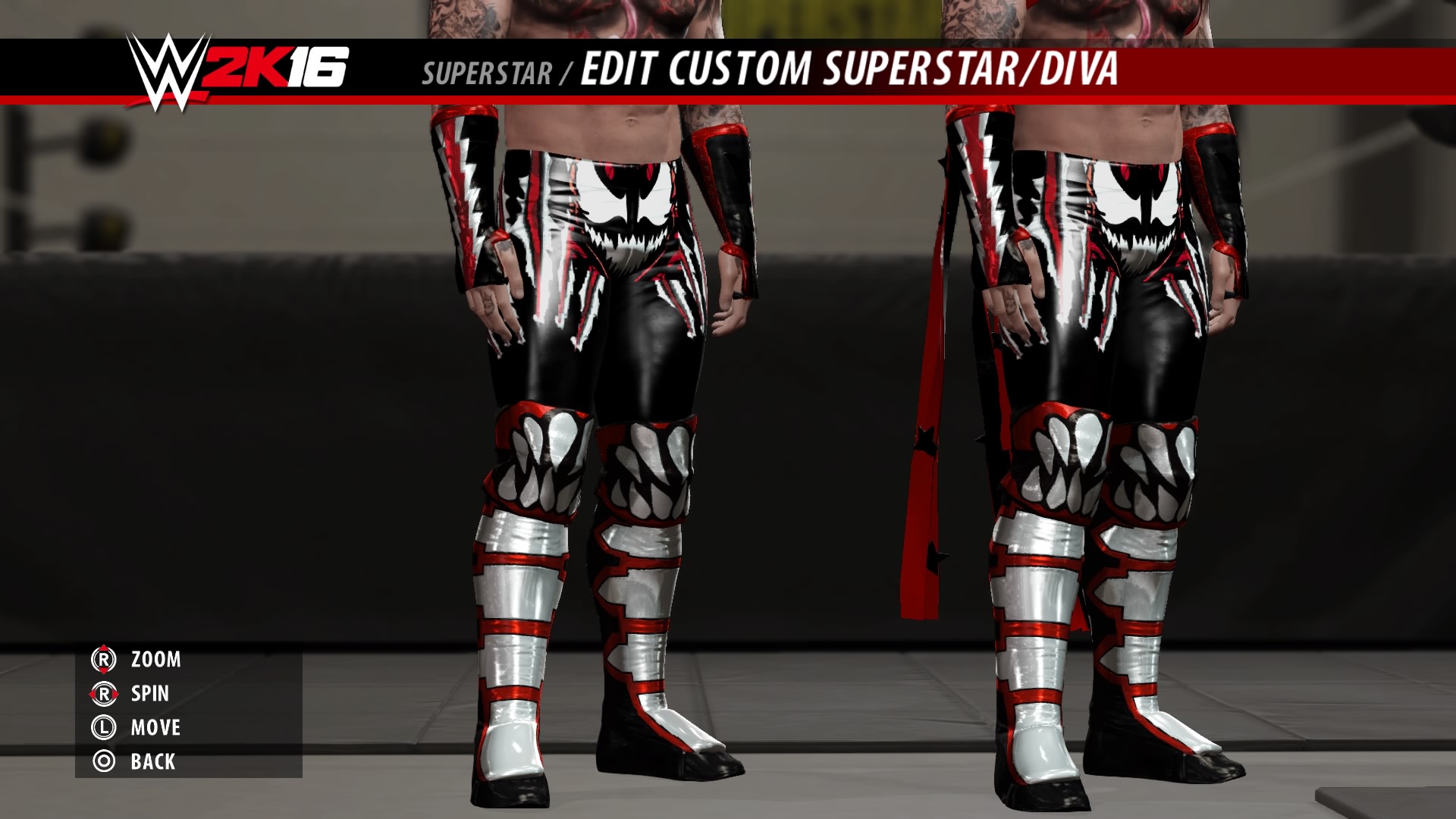 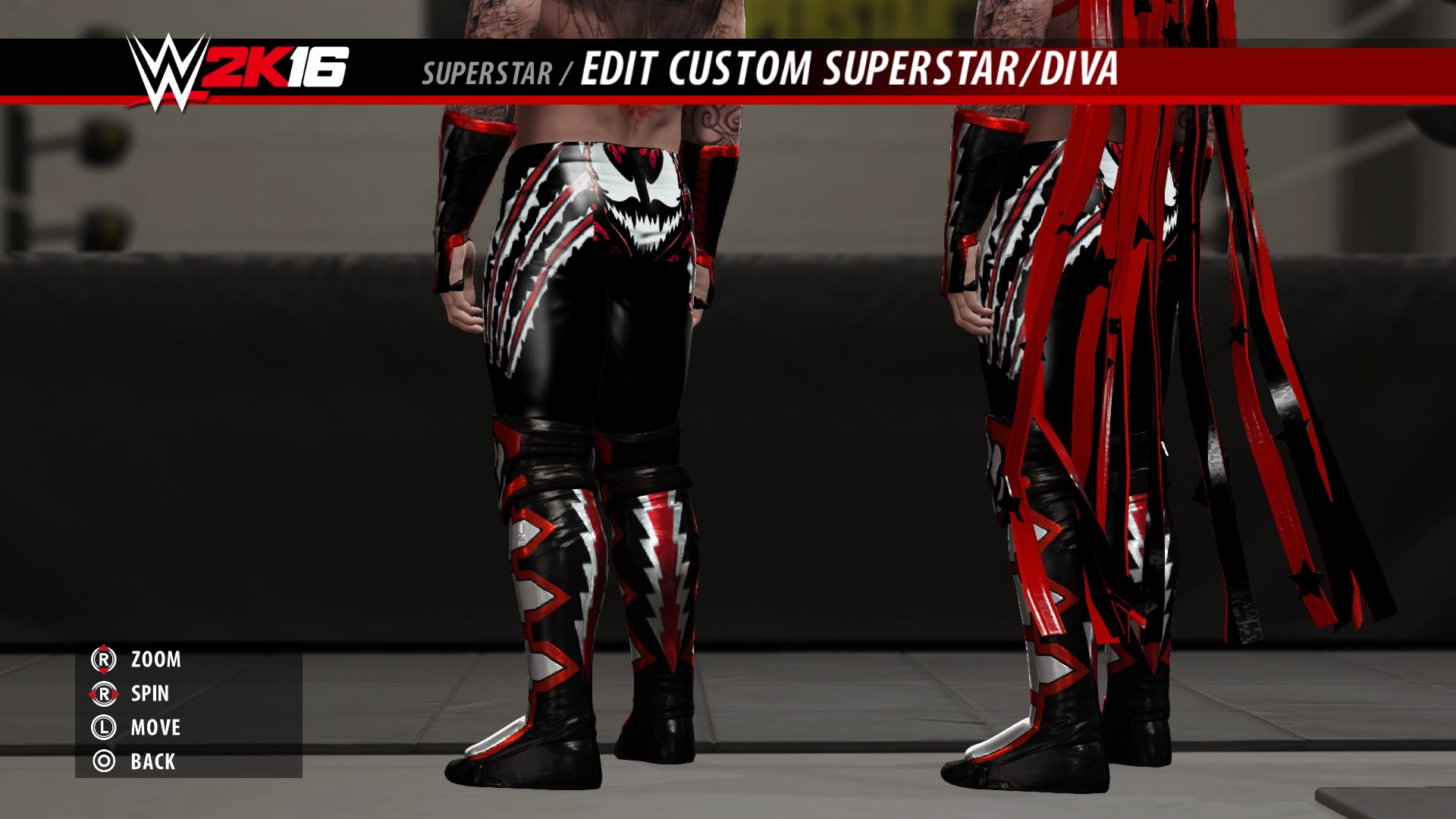 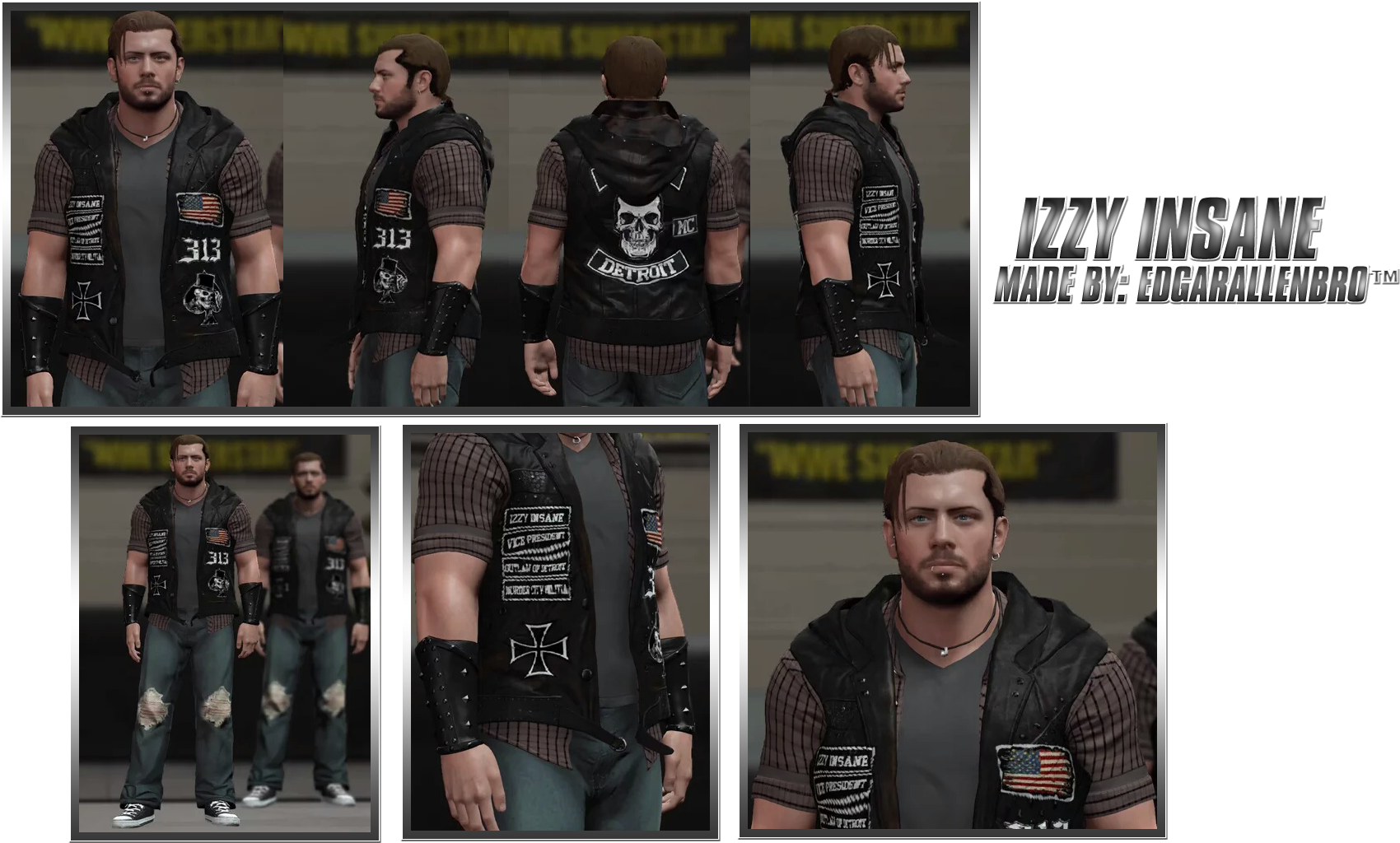 This next one is my favorite. He is a tribute to my friend, Aaron whom originally owned the text-based character in an old E-Fed on Yahoo! Chat. I decided to keep the memory alive back in SvR '09 and created Aaron Williams, "The Greatest Man That Has Ever Lived". He had been a knock off of his former mentor, Austin Aries but since he has grown dramatically. He is my favorite because whereas The Radical and Izzy Insane are more serious characters, Aaron is diverse and more dimensional. I've used him in serious angles, hilarious angles and the sky is the limit for him. He has a current backstory that is not only funny to me, but it works because he's the type of character that can make any story work.

BACKSTORY:
When the renowned E-Fed New International Wrestling Alliance closed its doors back in June 2014, "The Greatest Man That Has Ever Lived" was faced with a struggle much like the rest of the talent that had to look for work elsewhere. While his former "Generation Next" allies Izzy Insane & The Radical were called up to the WWE, Aaron Williams found himself trying to make it in the independent circuit. Flash-forward a year-and-a-half later. Aaron had fallen off the grid, and no one has heard from him or seen of him. His former allies however, had made it in the WWE. Izzy Insane and The Radical's success both independent and as a Tag Team was all over the internet and mainstream media. It was brought to their attention in a recent interview in their hometown of Detroit that a rumor was going around of a re-emergence of NIWA in early 2016. When asked if they'd go back the answer was not definite. But, subtle hints were dropped that they would go back to their home if the opportunity presented itself. When reporters were leaving Detroit. Thry had made another discovery when they stumbled upon another former NIWA star, Aaron Williams -- digging through a dumpster. It turns out that Aaron Williams had no such luck finding job opportunities, which crushed the heart and soul of the egotistical former wrestler -- reducing him to where he currently resides -- in a back alley in Detroit. Originally Aaron Williams gained citizenship in Detroit as a joke for a gimmick ladder match when he worked in NIWA. As it turns out, it was more than just a joke. It is the only papers he has with him in his backpack, because police had already tried to evacuate him from Detroit -- until he presented them with his signed papers. When interviewed, it went on record that they needed translation for some of the bizarre gibberish Aaron was speaking, so they asked another homeless man nearby if he could translate. Who knew what a year-and-a-half could do to a man out of his luck in the streets. When asked why he didn't go back to Columbus, Ohio (his hometown) he responded that he had tried but with no money and two failed trecks -- the first being a vague encounter with a truck driver that he refused to comment on. And the second venture led him back to Detroit due to bad directions. Reporters brought this information back to the Outlaws of Detroit. After they had found out, it was just desserts for Aaron. The Radical and Izzy Insane seeked out Aaron Williams to see if the rumor was true, only to see a broken man down on his luck. With consideration they eventually reconciled with him and took him in, gave him a haircut and a bath and in exchange to pay off his debt. He would work for them in their shop as a mechanic. Aaron reluctantly accepted the offer. 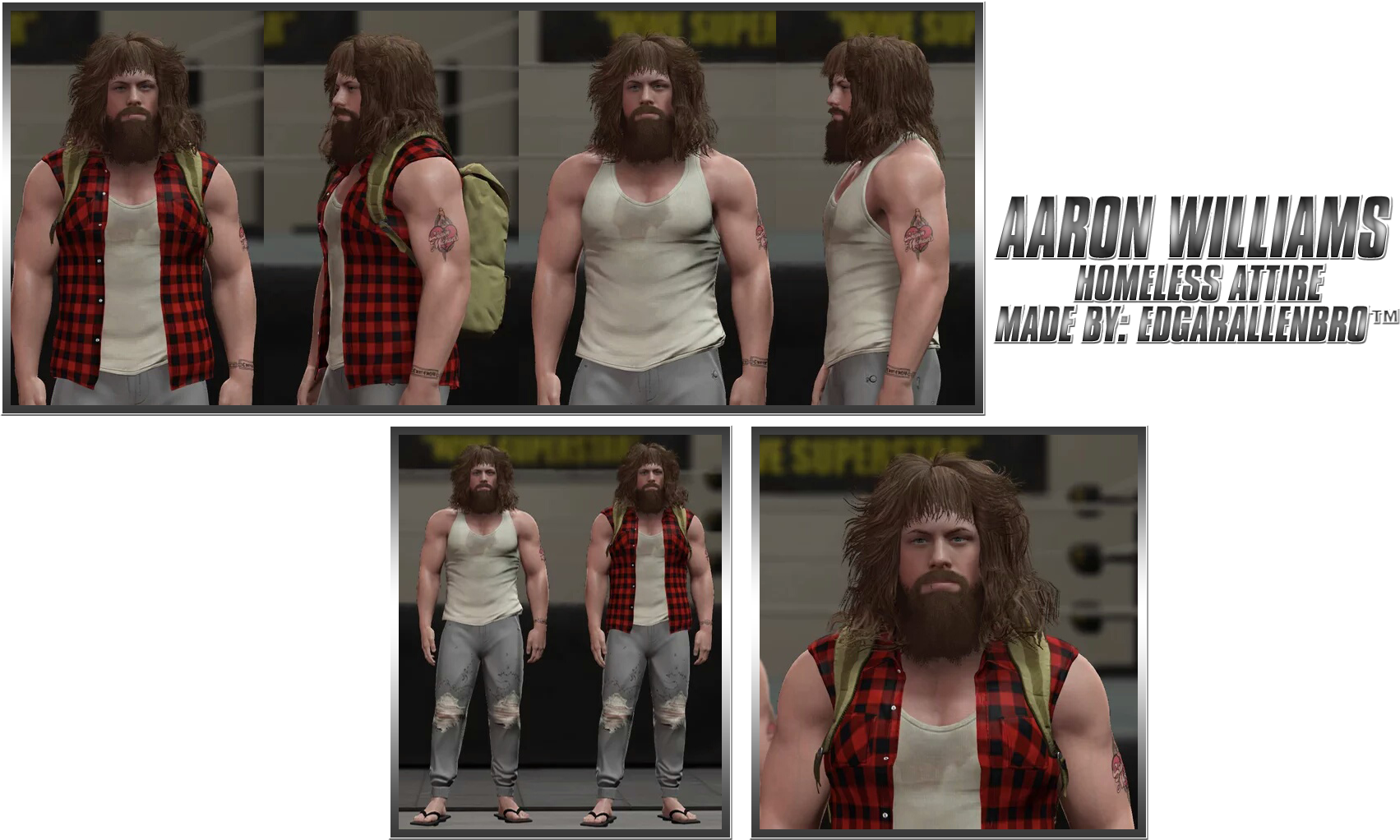 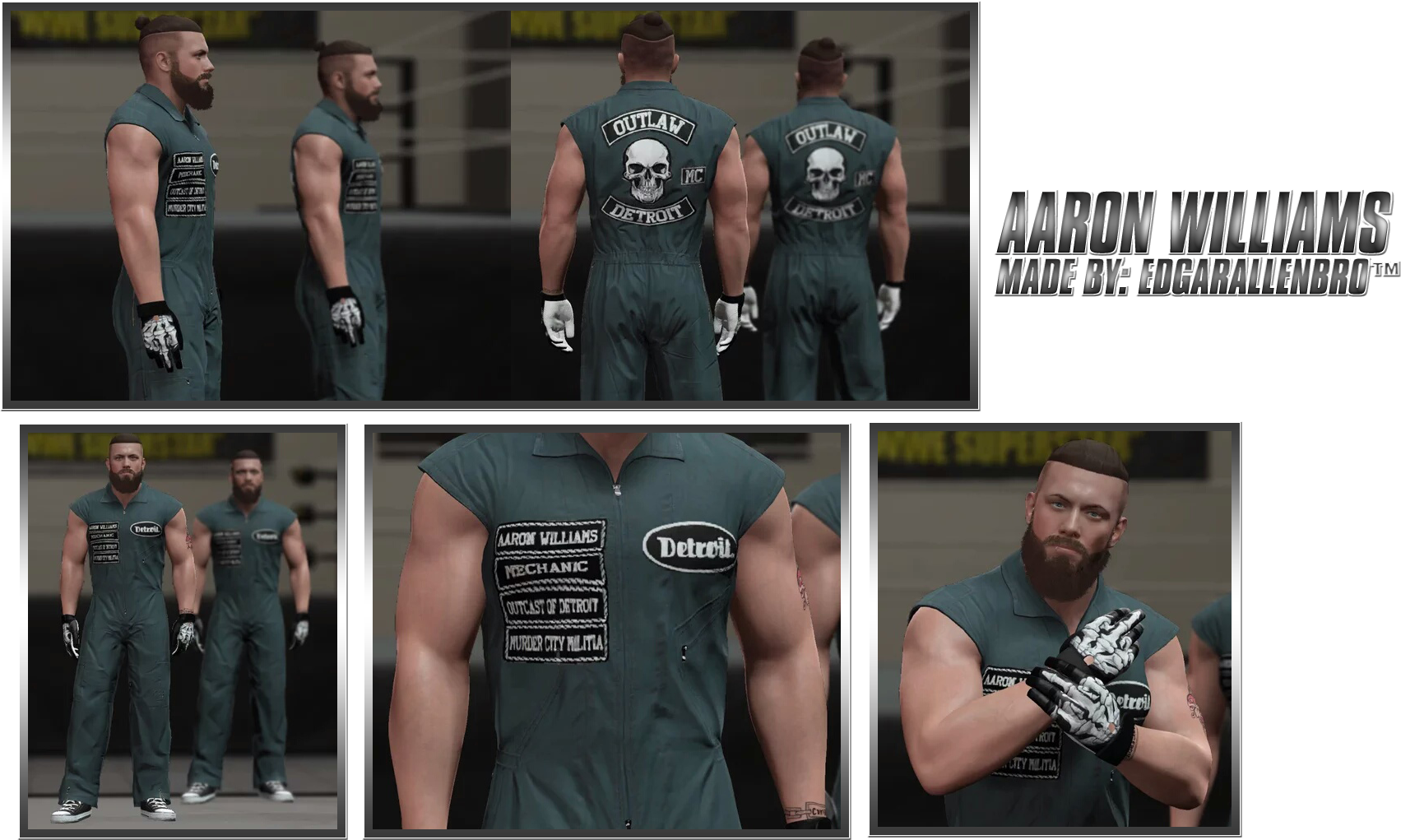 Tags:None as of right now.

Sweet! Are these are up on PS4?

That is Ace Work My Bro, Keep up the good work.

Thanks GhostFan, means a lot!

That is Ace Work My Bro, Keep up the good work.

You rock, Steve. Thanks for taking a look at them. I have more CAWs on the way, I figured I would start off strong with my main CAW and my second main first.

Sweet! Are these are up on PS4?

I apologize about the delay, they are uploaded and I updated the first post with their tags and a new character was added to the list. I will upload him when I finish his moveset. For now, enjoy and tell me what you think of the recent update!

Back to WWE 2K16 Created Superstars

Also tagged with one or more of these keywords: PlayStation 4