For My Universe, I use a combination of my creations and my friends CAW’s and the AKI Fakes Wrestler’s from WCW vs NWO World Tour and WCW vs NWO Revenge to create a wrestling an NWA style wrestling league. The league is known as World Wide Wrestling, and consists of an NWA hold out Southern Premier Wrestling (SPW), Dead or Alive Wrestling (DOA), The Independent Union (IU), and Empire Wrestling Federation (EWF). The Championship Committee includes, a former boxer named Bruiser Barraco as the chairman, retired wrestling manager Major Tom Colt (DOA), retired wrestler Bolt Jamison (IU), retired women’s wrestler, Kimiko Nissan (EWF), and Gibson Ellis (SPW) a regional promoter who made his money in the Charlotte banking industry. 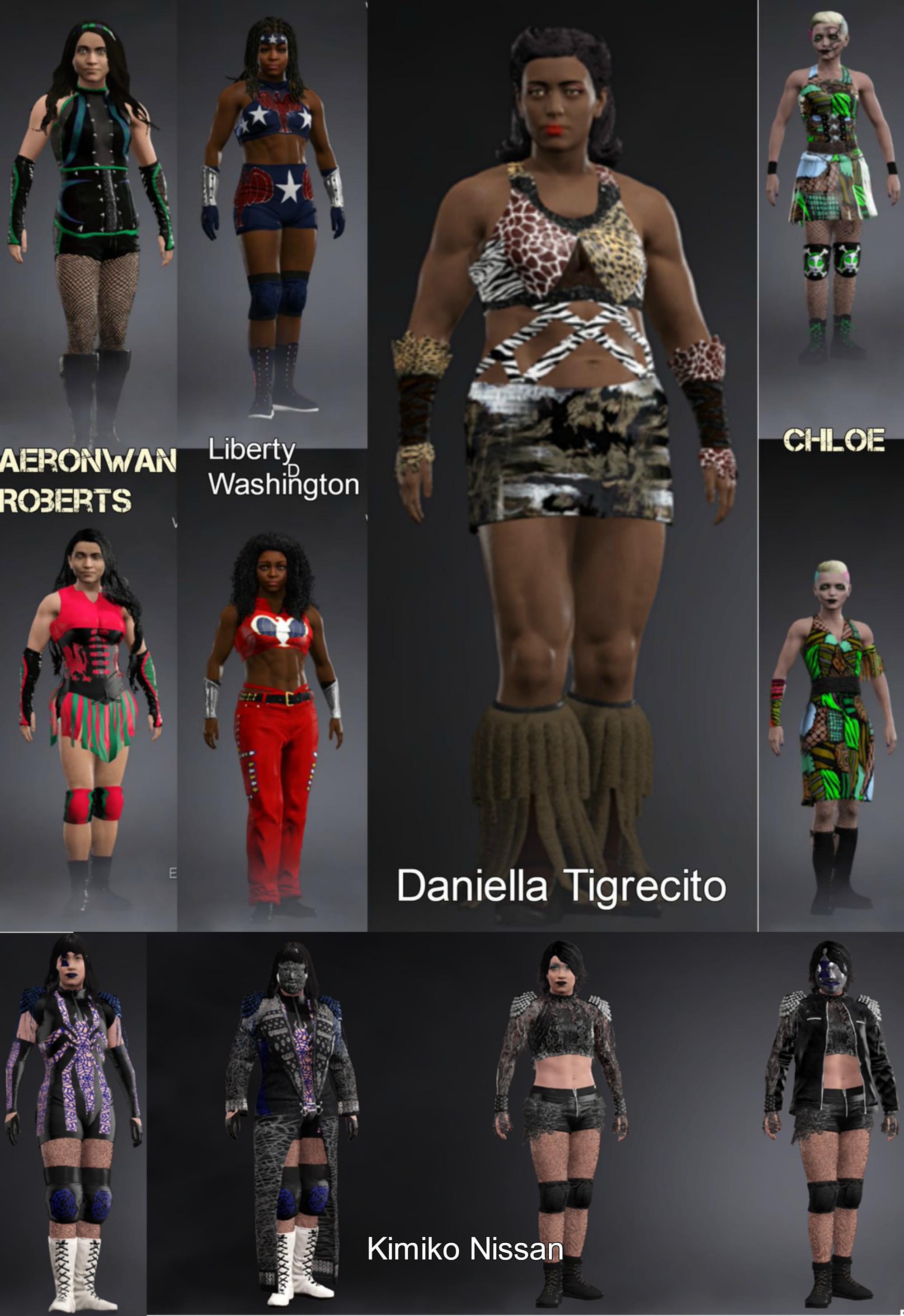 Over the Next few weeks I will be releasing CAWS in Packs. 3 to 5 wreslters until I can hit my Silver and Gold Download level.

Very rough preview of my Disciples of Apollyonus heel stable. 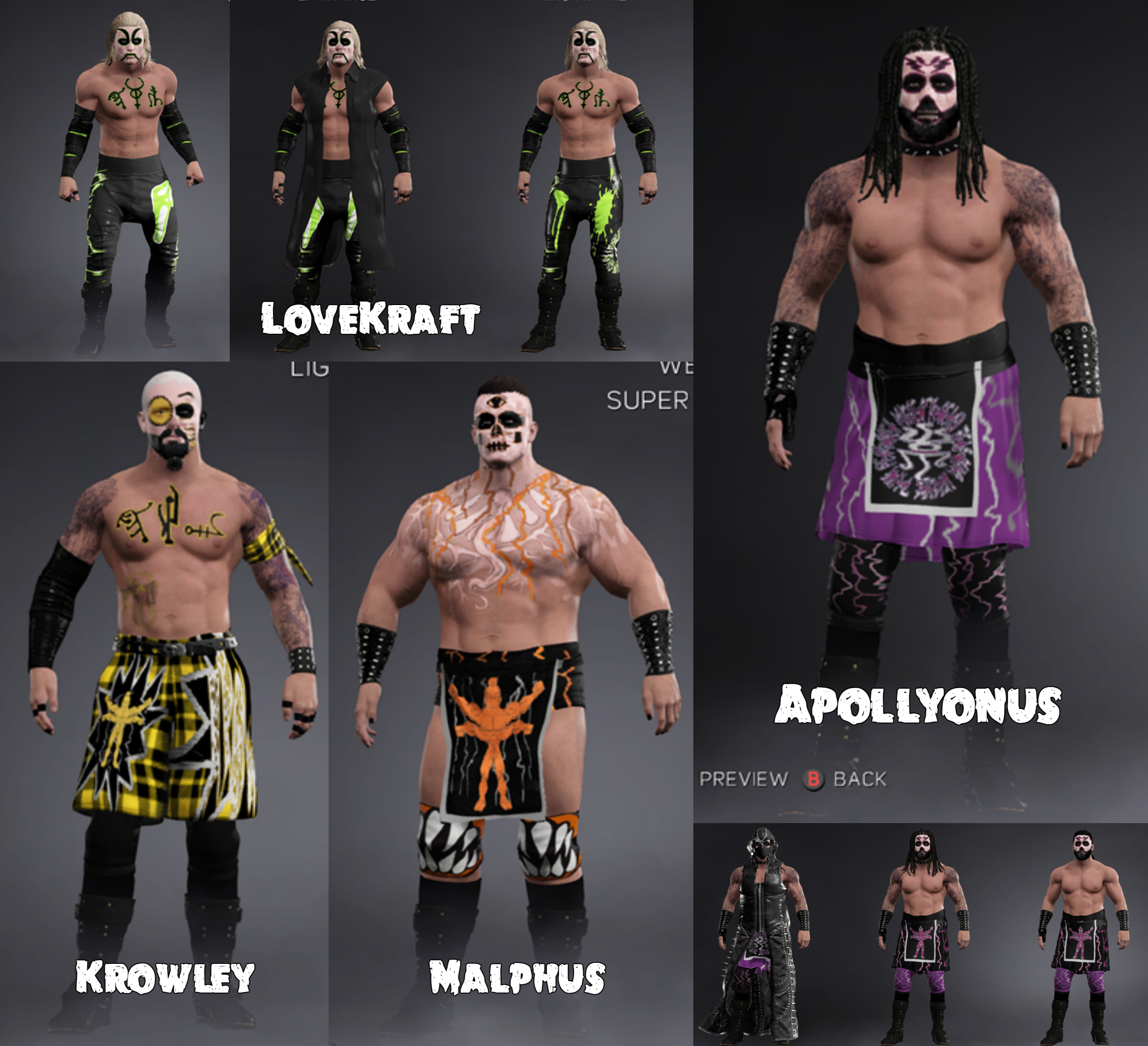 I am hoping to have these CAW's up by Friday evening. I am still working on entrances, movesets, and alternate attires. Most of the work is done, I'm just trying be satisfied with my product.

Fans of the modern product of wrestling will see the influence of TNA's Decay in these characters, fans of indy wrestling may see the influence of Krimson's Dead Wreslting Society (I'm big fan of that gimmick and Krimson is on my list of real life talents I want to create.)  In truth, my influence on this stable goes back to my research on three things Kevin Sullivan's Army of Darkness, the Cthulhu Mythos, and the influence of the "supernatural gimmick" in wrestling.

Originally it was Apollyonus, this lone Undertaker styled monster heel but in doing research I on the history of such gimmicks, I found that Undertaker and Kane are two of a handful of individuals who made a supernatural gimmick work long term as an individual. So I decided over time to give him a group of followers Lovekraft and Krowley, and cast against type instead of heavyweight tanks who are resistant to damage, I decided to make them built like a cruiserweight and light heavy weight respectively, there was something about the idea of well built heavy weight of average height using these rabid, emotionaless buzz saws to achieve his diabolical ends. Malphus a fairly recent addition meant to be the Apollyonus's engine of destruction if his plans were foiled.

Back to WWE 2K17 Created Superstars

Also tagged with one or more of these keywords: Xbox One