The SDH Screenshot Game is back! Let me remind you of the rules:

It's a simple game, essentially one person posts a screenshot from a wrestling videogame (I will start) and the people after my post have to try and guess what the name of the game I posted is.
The one who guesses the game right at first, is next to post another pic (Please wait until you get a "it's correct" by the one who picked the screen before posting).
If the user that answered correctly forgets to post the next picture, I will be the one who will post the new pic.
Who ever posted the screenshot (In this first case it's me), should try to look back at this thread at least after a day so that they can confirm if anyone was right. Then it continues like that.

I will also make a points ranking that I'll update in the first post, 1 correct answer = 1 point

Also...
- You can try to answer as many times as you want but you have to wait at least "1 post" (after yours) before you can retry.
- The videogame system doesn't matter.
- Try to bold your answer so it's easier to see among other things you may have in your reply.
- You can post directly a new picture only if you are 100% sure from wich game was the previous pic.
- And please rename the screen before uploading so there is no clue in the file name. For example if you are posting a pic of SvR 2010 don't take a screen named like "www.imageshack.us/.../.../SvR2010.jpg"

It's your turn man 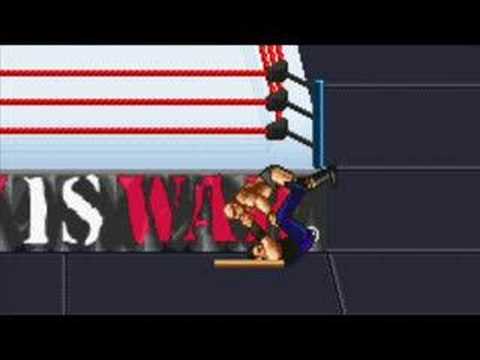 
Also tagged with one or more of these keywords: OFFICIAL TOPIC

4 user(s) are reading this topic