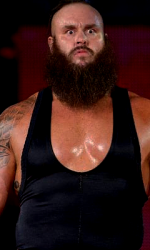 Hello everyone on SDH, welcome to the About Me page.

My name is Jamie, but you can call me Joh. I'm from a county in the South West of Ireland called Cork.

My favourite divas today are Sasha Banks and Becky Lynch.

British wrestler Kris Travis passed away following a battle with stomach cancer. He was just 32. Many people in the wrestling industry were inspired by his fight and several have already left condolences online. Here are just a few:

Former WWE NXT Superstar Sami Callihan has signed a deal with Lucha Underground. Sami is expected to make his debut for the company this weekend.
As noted, Callihan requested his release from WWE so that he could revamp his image as he was no happy with his progress in NXT. Details regarding his Lucha Underground character are not yet known.
Source: NoDQ.com

TNA In Talks With Potential Investor

Following news earlier this year that parent company Panda Energy International was looking to sell part of the rights to TNA Entertainment, LLC, The Wrestling Observer’s Dave Meltzer is reporting that a serious party with an interest in investing has emerged.
A sticking point between the two sides, however, is that the potential buyer wants an estimated 55% of the wrestling promotion, while TNA President Dixie Carter wants Panda to maintain majority control.
TNA was founded in 2002 by Jeff and Jerry Jarrett, who used a weekly PPV model to air company programming rather than getting a television deal. This proved to be financially unsuccessful, and when a key investor pulled out only months after the company formed, TNA looked to be doomed. In October of 2002, Carter convinced her parents, the owners of Panda Energy, to invest in TNA, and the Carters bought a 71% share in the promotion. Since then, their investment has kept the company alive despite a track record of monetary loss.
This latest venture by the Carters is not the first time they’ve tried to sell TNA. In 2014, Jeff Jarrett (who had left the company the year before) and country music singer Toby Keith attempted to negotiate the purchase of TNA from Dixie’s father, Robert.
According to reports, the deal fell through when Jarrett and Keith refused to agree to Robert Carter’s request that Dixie be kept on staff in both an on- and off-screen role.
Source: WhatCulture

- Xavier Woods shows the new WWE SuperTokens in action in this new video from his "UpUpDownDown" YouTube channel. As noted, the SuperTokens are now available at GameSpot for the WWE SuperCard mobile game.
- It looks like Alberto Del Rio will not be on this week's WWE SmackDown. There was a segment between The League of Nations and WWE Tag Team Champions The New Day to promote WrestleMania 32 but Del Rio was not there.
- As noted, Emma and Summer Rae did a run-in during Paige vs. Naomi at tonight's WWE Main Event tapings in Boston, leading to speculation that the multi-Divas match may be a 5-on-5 with Emma, Summer, Lana, Naomi and Tamina Snuka vs. Brie Bella, Paige, Natalya, Alicia Fox and a partner to be announced. WWE posted this photo of the new Team BAD backstage tonight: