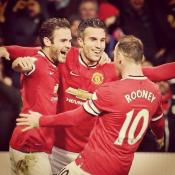 even though I'm late but Welcome to sdh

I haven't joined haha,I was gone for a while,I was 'Sheamus' doubt I was spoken of,but I'm back now!

Is AJ or Paige the biggest Diva around these days?

The top diva is still AJ. Nikki Bella's the Champion. Paige started off hot but they've scrapped her from the main shows for whatever reason recently and she's a mere afterthought at the moment.

Is AJ or Paige the biggest Diva around these days?

In Topic: What do you like best about your hometown?

Great boxers to come out of my place,gone on to win major titles,my local club((Limerick FC) have blocked me on Twitter and we are also known as Stab City(not particularly proud of that one)