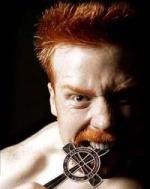 So just a simple request

can somone whip this up by monday?

I won't have xbox live gold long, so hopefully someone can meet this request real quick like, itd be greatly appericated.

It can either be blank, have my initals in it, R.L.B or the letters NWF, one of the three will do, thanks again

Gonna be a great day.

So was the first one to pre order my game or well first one on the list.... first one to pick it up....and now its currently updating so I can play.... yup... gonna be a great day lol

Am I going to be the only one who does this..

So with WWe 12 literally just around the corner, for a good chunk of us in the U.S, I am curious if other people are going to "retire" svr2011.

I think I'm going to offically retire it as of today. Had a good run with it, but have beat it so many times now and got just about everything I can lol. Was going to pawn it off but the more I thought about it the more I liked hanging on to it just for the simple fact its going to be the last SVR made.

So I figure lets kill a little time and think of or say some created ppv's being we can replace exsisting ppv's.

So far ive only had one good idea, im going to make the ppv after the rumble and call it Holiday Hangover. Figure its appropriate. I was going to make it in January, but then I remembered thats when the rumble is, can't replace the rumble unless its going with a created rumble arena lol