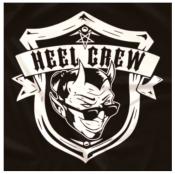 Most of this information comes from https://www.reddit.c...ee_in_wwe_2k18/
Apparently, a reputable guy on twitter named Opendus has stated some things regarding 2K18. They are as follows:
•Ellsworth is in.
•Hardy's are in. They're on disc, not DLC.
•Updated arenas from Battleground 2016 to Extreme Rules 2017.
•4 UK competitors were scanned. He didn't say which ones, but he didn't correct a reply that mentioned Bate, Dunne, Andrews, and Seven.
•There are 16 people to choose from for GM and Commissioner roles.
•Almost all cruiserweights were scanned, he expects many of them to be DLC.
•Season pass includes 5 DLC Packs.
•192 people on disc, excluding doubles.

The Kingslayer to appear on cover of 'WWE 2K18' and Trailer

There are a variety of ways the WWE can let a superstar know he is the face of the company. From putting a championship belt around his waist to having him headline a pay-per-view, there are several paths to reaching the summit.

Since "WWE 2K14," the first WWE 2K video game title, the company has chosen just one superstar to grace the cover.

In 2014 it was The Rock, followed by John Cena, "Stone Cold" Steve Austin and Brock Lesnar. If you were to rank the top five superstars in the WWE over the past 20 years, there's a good chance all four would be in there.

Now Seth Rollins can add his name to the list. Rollins will be on the cover of "WWE 2K18," the WWE and 2K Sports announced Monday.

"It was an honor for me," Rollins told ESPN of discovering he would be on the cover. "You look at some of the previous names who have graced the cover of WWE video games over the years and to be amongst those is truly an honor and I'm humbled by it.

"I'm also just excited for our generation of guys, the new generation of up-and-coming guys, to be the first of us to be on the cover. It's cool and not just exciting for me but our entire locker room."

The previous four superstars to grace the cover have either retired from wrestling (Rock and Austin) or are now part-time performers (Cena and Lesnar). The WWE is now trying to promote a new generation of superstars whom fans can embrace and follow as they did those previous four and Rollins is seemingly the face of that new generation.

In the commercial for the game, Rollins is in an abandoned warehouse filled with WWE artifacts, among them Triple H's skull mask, Dusty Rhodes' boots, Ric Flair's robe, Bret Hart's glasses and The Undertaker's urn. As Rollins walks through the warehouse, he begins to destroy each piece of WWE history.

"This is me putting my own spin on WWE history so to speak," Rollins said. "The catchphrase for 'WWE 2K18' is to 'Be Like No One.' So it's me just putting my foot through the door and not taking anybody before me."

Rollins made his WWE debut in 2012 and was first included as a character in the video game with "WWE 2K14."

"That was very surreal to be in the WWE video game," Rollins said. "Growing up I played WWE Smackdown vs. Raw and all the WWE video games, and I had to do my best to create what I would look like as a grown adult. So to be in the game as a playable character and the way graphics are nowadays, the likeness is almost uncanny. It was very surreal to see myself in the video game and being on the cover this year is going to be even crazier."

While Rollins looks forward to playing himself in "WWE 2K18," he spends most of his time playing Madden, where he is still trying to lead his Chicago Bears to a virtual Super Bowl.

"I like sports games. I grew up playing Madden and some of the baseball games like Ken Griffey Jr.'s baseball game and R.B.I. Baseball," Rollins said. "I like first-person story games as well. I can't get into Call of Duty and third-person games. It makes me dizzy and crazy. But Resident Evil and Metal Gear Solid were my jams growing up. When I play Madden, I play at a very high level so it's competitive. I'm currently in the fourth year of my franchise and I haven't gotten to the conference championship game but I'm still building. We're a young team, we're coming around and sooner or later we'll make our Super Bowl run."

First Entry of the 2017 Hall of Fame Announced

Having previously announced a special “Rainmaker” costume for King, based off current IWGP Heavyweight Champion Kazuchika Okada, Bandai Namco have revealed more New Japan Pro Wrestling items for Tekken 7. If you want to represent NJPW online, there are special themed player cards, icons and even health bars for you to use when playing in Versus.
As for character customization, fighters can now wear NJPW, Bullet Club and Chaos t-shirts in battle. I wonder if Akuma will get any Kenny Omega themed customization items, based on the wrestler’s love of Street Fighter. So far, these NJPW items are confirmed just for the arcade version of Tekken 7, but I imagine they will also feature in the eventual console and PC release.
This trailer also shows off King’s special Rainmaker Rage Art, where money rains from the sky before King punches his enemy in the face. Expect lots of people fishing for this flashy finisher when Tekken 7 is available on PC, PS4 and Xbox One. Bandai Namco is set to reveal Tekken 7’s release date sometime this month, so keep your eyes peeled for that all important date.
Source: tekkenchannel via FightersGeneration