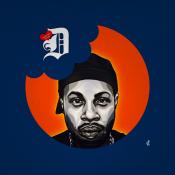 How the hell did they figure Eva Marie would get cheered? Matter of fact, why are they trying to push her as a babyface?

There's only one way to fix this and that is to have her turn on the Total Divas, but are the creative crew and Vince bright enough to do that?

Good. Now we have the butterfly title gone and the good namesake back. Too bad the title is a WWE 2K redesigned championship, but I'll take it for now.

In Topic: Your Celebrity Crush?

Zendaya.... I think it's a bit self-explanatory

In Topic: Current WWE Superstar And Former WWE Champion Reveals Injury On Twitter; When Will Austin Aries Make His In Ring Debut In NXT? Note On His Signing This is truly sad. At least he wasn't holding a championship this time around. I can't believe the amount of people injured at one time.