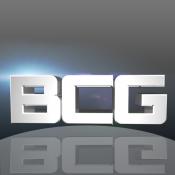 IT’S inevitable that whenever WWE returns to Chicago, fans will try to take over a segment by chanting the name of CM Punk — the Windy City native who was unceremoniously fired by WWE in 2014.
Raw commissioner Stephanie McMahon opened the show by coming to the ring, and it took less than five minutes for a round of deafening CM Punk chants to drown her out. McMahon was prepared, though.
Chicago, Stephanie McMahon is NOT with the CM Punk chants tonight. #RAW pic.twitter.com/uC3j5ib6uh
— derail. (@CainMcCoy) December 27, 2016
“So if you guys could keep that up for about two minutes and 15 seconds you’d last one second longer than Punk did,” the daughter of Vince McMahon said.
Punk, of course, made it just two minutes and 14 seconds in his UFC debut against Mickey Gall.
Despite the brevity of his first appearance in the Octagon, Punk could be handed a second chance with the promotion.
Many expected the UFC to cut ties with the former WWE superstar following his disastrous debut at UFC203. The 38-year-old was quickly taken down and forced to tap via rear-naked choke, as Punk was outclassed by his younger opponent in Gall.
But Punk’s trainer Duke Roufus recently confirmed his fighter has been in discussions with UFC president Dana White about a return.
“Definitely. I believe he and Dana are talking,” Roufus told MMAFighting.com. “I just talked to Punk on Monday and things are looking hopeful. I can’t say yes or no, but they’re looking hopeful.
“We’re going to see. Dana’s always got a good recipe of what he’s going to create and what’s best for the sport, and what’s best for Punk and everyone else.”
Having seen fellow WWE wrestler Brock Lesnar make a successful transition to the sport, capturing the UFC Heavyweight title, it was hoped Punk could make a similar impression. But Lesnar was a former NCAA college wrestling champion, who had spent time on an NFL training squad.
CM Punk had no previous mixed martial arts training, nor any previous fighting experience.
==============================================================================================================
Triple H explains why Finn Balor was kept off WWE's main roster
Now, Paul Michael Levesque, better known by his ring name Triple H, has revealed that Balor's transition from NXT to WWE took time because the wrestler had to learn how to talk before being called up to the main WWE roster.
"Guys have things to learn along the way," Triple H told ESPN. "Unless you've done this, you can't understand the difference in what the television product is at a Wrestlemania level, to a Raw level, to an NXT level. We're trying to create that product."
"Finn Balor is a guy that came in from an indie group -- so successful, a great in-ring performer, but had never really talked much. The first NXT event we did, he looked at me afterwards and was like, 'Dude, my mind is blown, because I never once thought where cameras were, or any of the other things that we do.'"
Balor, 35, was crowned the first-ever Universal champion after he defeated Seth Rollins at SummerSlam. However, Balor had to vacate his title as he could not compete in upcoming fights due to a torn labrum.
Balor is expected to make his return at Wrestlemania 33 in April.