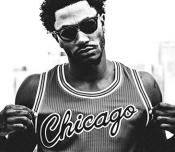 My name is Dizzy.
My favorite Superstars, divas, and legends are below. Question about a haircut

Does anyone know the actual name of the fade Derrick Rose has? I'm going to try to get it soon, I want to go for that nappy look. And is there also a way I can get it to look exactly like that?

So I have been growing dreads for 7 years and plan on cutting them on the last weekend of May. Does anyone know the easiest way to start off a South of France aka Nick Young fade after cutting my dreads and leaving the roots?

I just got done watching the Grizzlies game and I see a Fast Lane advertisement advertising Cena and Reigns VS Show and Rollins as the main event. Wonder if it's true.

Too easy. Once I beat the showcase made and unlocked everyone in my career I started universe which became repetitive. Honestly the game feels broken like NBA 2k14 felt on next gen. Now it's already a week and I'm gonna trade the game in and get GTA V on PS4.

Are we doing it this year at all? Just wanna know...