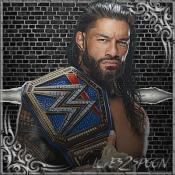 This is just getting better and better

The beard is to your liking?

Add me in xo

Werent you in the Universe before?

In Topic: Resident Evil 7 Flopped on Sales For Capcom

I would love a Co Op horror game. Not the Resident Evil 5 or 6 style but a pure horror game. I would enjoy playing that with friends.

Wow your post is brilliant and well done. Felt like I was reading a bio instead of a message haha.

Well done though, way to get yourself out there. Its nice to meet a new member.

I hope you and I interact at some point.

Always hurts when these things happen. I remember playing Army of Two and enjoying that game well past its release year. I wish they would make another one. The last Army of Two was pure genius.

In Topic: When do you guys think they will release Jeff Hardy & Matt Hardy?