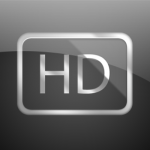 The will to win, the desire to succeed, the urge to reach your full potential... these are the keys that will unlock the door to personal excellence.~ Confusion

oh man everything went together so well. from the promo and clips being sync together perfectly to the great use of effects that works with the video without overshadowing it. bravo the boy bravo indeed

Entrances in the Elimination Chamber match is something I have been wanting to see added for 10 years now. Even if it was just a select few that had their actual entrances and the rest with preset generic EC entrances. I think it would be great to see them enter the pods before the match rather than just have them appear there as the match starts. Not something major but I've been wanting Elimination Chamber match entrances for years now.

this couldn't be more truth then it is already is. i hate picking an elimination chamber match and seeing the superstars just appear in the pods. hopefully 2k put this in.

Glad to see Y2J return, also glad to read that it wasn't the worst royal rumble EVER like some people been saying. I see it now... Wrestlemania 29 Main Event: Cena vs Rock For The WWE Champion... typical

the video is great but there are some mistakes that can be fixed on your next video. 1) Don't speed up the clips. It made it feel out of sync. 2) Some scenes didn't fit the audio. i.e CM Punk saying he could push Vince all he wants while him and stone cold was signing a contract. 3) Try if you can not to use real footage.

your creativity never ceases to amaze me, everything you do is awesome!