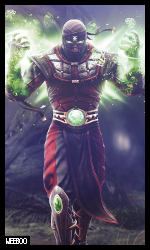 Well I guess to keep with the current trend, I will make this since I've been here for a year and people still don't know me too well. So uh, yeah... Ask away

With the Star Wars franchise being re-invigorated with J.J. Abrams and Disney at the helm, a majority of other Star Wars non-movie based properties are receiving a reboot. Star Wars video games have been a very successful venture for George Lucas’ corporation, but when the doors closed on LucasArts, it was hard to see the future of Star Wars video games prosper.
Recently, Disney has agreed to terms with Electronic Arts to develop and publish a large array of new Star Wars video games in a multi-year deal. EA CFO Blake Jorgensen, speaking at the 2013 Stifel Internet, Media & Communications Conference, has even named dropped a few popular titles so Star Wars fans can now look forward to new video games. According to Jorgensen, “The opportunity to do a new Battlefront, for example, which is one of the very popular Star Wars games, or some of the other traditional games that were made, is very exciting.”
So it seems like a new Star Wars: Battlefront video game is still in play for Disney and the Star Wars franchise. Jorgensen also mentioned that there will be new stand alone Star Wars video games that would be released near the release date of the new Star Wars: Episode VII film in 2015.
Star Wars: Battlefront III was in development since 2006. The would-be third installment in the widely popular Star Wars: Battlefront video game series experienced a large number of setbacks in its development, but it can now be expected to be released on a new generation of video game consoles including the new Xbox One and PlayStation 4.
Source: Click me

Why I hate kids, but also adore them at the same time...

Saw this on another website, so I thought I'd bring it over here to get your opinions. What wrestling autobiographies would you like to see? I'd personally like to see a CM Punk autobiography. A John Cena and Christian one would also be interesting too.