The message was titled "Add me Hunnie!!!!" and read

"Add Me Hunnie Because I Saw Ur Post On Smackdownhotel Talking Bout WWE '13 That Game Is Gonna Be Awesome.I Like Ur Pic Ur Very Beautiful.I Preordered WWE '13 For Both Game Consoles My PS3 And Xbox360 Well Have A Nice Day Take Care Cutiepie....."

I don't think I need to justify why I don't want you or anyone else to message like that, it's pathetic, don't call me Hunnie, don't call me Cutiepie. Also my picture at the time you sent it was of Buggy Nova/Skyler Moon.

Anyone remember this amazing game?

Giant Gram 2000: All Japan Pro Wrestling 3 on Sega Dreamcast. It was an amazing game, and IMO was just an good if not better than WWF No Mercy/Wrestlemania 2000.

I noticed there were a few existing topics about the latest film and song you've watched/listened too, but I couldn't see a topic about TV shows, so I figured I'd start one.

I figured we could suggest some TV shows that are awesome, and possibly get some other members hooked on them too. Maybe put a little description about the show as well so people can get an idea of what the shows like, and then I'll edit all the suggestions in this post into categories.

Last Resort: Currently only the pilot episode has aired, it's about a US Naval Submarine getting betrayed by the government with the public being told they were killed by a Pakistani missile. So they take base on an Island in the Indian Ocean. Personally I'd recommend giving it a try, a must if you're a fan of shows like Lost or Prison Break, even though there's only one episode, it blew my mind!

Community: Currently on hiatus, there's currently three seasons of Community with a total of 71 episodes of this wacky comedy show. Based of a study group of a Spanish class in the first season, before venturing onto other subjects, the characters;a disgraced former Lawyer, a hippie, a high school Quarterback, a stay at home mom, a crazed old man, a recovered drug addict 18 year old girl and a guy who thinks real life is like television, the group gets up to a different adventure each week. If you like Scrubs then you'll love this, full of silly fun.

Spaced: A British sitcom that ran between 1999 and 2001, starring and written by Simon Pegg and Jessica Hynes, also starring Nick Frost, there's a lot of pop cultures and computer games references, and often featured quite dark humor. If you like Simon Pegg's work you should check it out.

The Angle and Pokemon ones are very simple, but I like them. I made my current signatures using a Sin City tut, taking the quote for Skyler Moon's twitter account. And here's a poster for an E-fed I'm using which I based on the TDK poster. 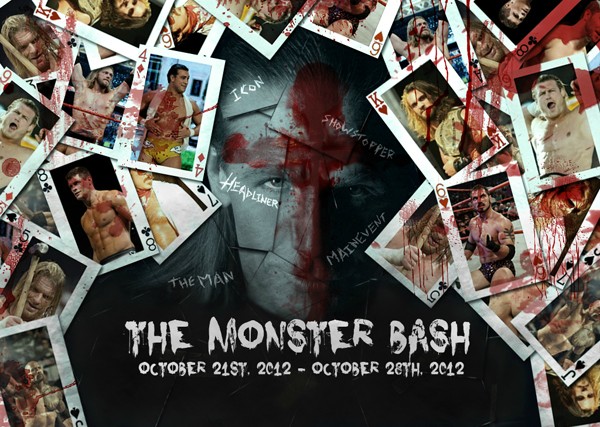