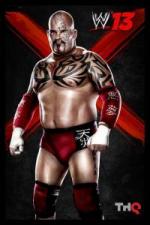 major props to the creator

In Topic: The Generic Luc... That guy!

In Topic: The Generic Luc... That guy!

awesome work and will you be doing a separate slot with his el generico  attire?

In Topic: Tattoo for Romain Reigns

have you tried to draw a similar one with paint tool? If not try the solid rectangle box and make a checkered pattern that should do it

In Topic: Not sure if anybody has seen this?

it does look like a caw but i'm not sure that's why i posted it here just saying....
reason i couldn't figure which one it was for was because they (thq) said only a certain amount of A.E. & Modern superstars were getting alternate attires but never specified if either of the Jericho's were getting one