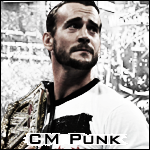 I'm Martin. People seem to like me because I am polite and I am rarely late. Years later, a doctor will tell me that I have an I.Q. of 48.Follow - @unrealitytv

In Topic: Your Biggest Issues and Your Favorite Things about WWE 2K14

My only downside for now is how quiet entrance music is. Even the commentary is barely there, the crowd and announcer are far too loud and adjusting the sound settings doesn't make a difference.

Other than that I love it so far, feels a lot smoother and I can't wait to get stuck into the Wrestlemania mode today!

In Topic: WWE 2K14: Report Bugs / Issues with the game

For me my biggest bug (PS3) is entrance music being really quiet and commentary during entrances being practically non existent! So quiet.

Also, sure someone said this earlier but certain moves when they hit the mat the sound is delayed by like half a second.

ALSO, one more thing - if I change Daniel Bryan's entrance to the 'Yes' one he doesn't actually say yes? :/

In Topic: The Rock Hollywood...

Yea, as Robstar said, edit it to HHH DX entrance for the beginning(you can even use the screen effect for that extra touch). For the ramp animation, give him retro Rock. This also works good for retro Kane.

Amazing! Will give that a try, cheers

While I've used the universe mode briefly I've never actually stuck it out because I don't think I'm doing it right.

Do you guys follow a particular set of guidelines for setting everything up or do you just go with what feels right?

Not sure if this was worthy of a full new topic but since this is about live streams - here is a new one http://www.twitch.tv/zurick -- the guy is doing 30 years of WM right now. Password is wwe2k14