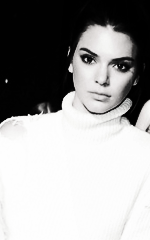 He's probably going to change it before he releases it physically. He already promised to change Wolves back to the original, so I am waiting to buy a physical copy, as I always do.

Hope Kendrick gets AOTY / RAOTY at the Grammys tonight. Can't wait for BOTB performance, I don't think he's done it live before.

What are the chances that Bryan gets inducted either this year or next year?

Likely. Edge and HBK where both inducted in the Hall of Fame the year after retiring. I would be surprised if he isn't.


Well they did have long super successful careers. I doubt Bryan will though. He deserves to be recognised. Wish he had more accolades before he retired. I would love to see him tag with some of the new talent.

He's the 15th man in the entire company's history to be a Grand Slam Champion. He's beaten John Cena, Triple H, Batista and Randy Orton clean. He's got 12 Slammies, match of the year, feud of the year, and wrestler of the year all under WWE. Not much more you can do in the company.

lel slammies dont mean shit. But yeah though, Bryan will be a HOFer, but I don't think it'll happen this or next year, probably in a few years from now.

I don't get why Eva Marie is on the poster.

idk, she fits there quite well imo.

It may drop today, but he said it's being mastered, lmao. I wouldn't be surprised if it doesn't.

Yeah but he said it was being mastered and will be out today, seems like he's taking his time though. But yeah I wouldn't be very surprised if despite this he still wouldn't drop it today :s