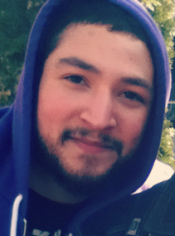 About Me:
Hi! My name is Pier aka CM Pier. I am 19 and I live in Italy.
Often called a jerk because I speak my mind, something that others don't do ;-) - Member of The Week for February the 10th

- LAYLA favorited my art for her on Twitter - 30th June

- MICKIE JAMES favorited one of my tweets <3 - 7th October
Spoiler

That's it, I guess