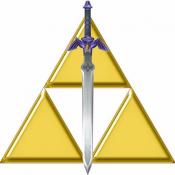 Spyder78 hasn't added any friends yet.

10 years and that's the garbage you come up with Corey "You're not MJ" Feldman...

It’s been a rough week for Marvel’s television properties, with the news that ABC would not only be cancelling the well-received Agent Carter due to its disappointing ratings, but also would be passing on the Agents of S.H.I.E.L.D.spinoff series, Marvel’s Most Wanted. And let’s not forget those comments from S.H.I.E.L.D. star Chloe Bennet, who told fans that Marvel doesn’t acknowledge the events of the series because the studio “doesn’t seem to care” about the show.

But now comes some good news, in the form of a new rumor about the future of Marvel’s Netflix offerings. We already know that Luke Cage will be premiering in September, with Iron Fist following next year and leading to a superhero team-up in The Defenders. And of course, Jon Bernthal will be headlining a Punisher series after a scene-stealing performance in the second season of Daredevil. But what’s next?

According to Movie Creed Live (via Latino Review), Marvel is looking to bring three more shows to Netflix, and the characters they have lined up certainly fit in with the darker, grittier sensibilities of their current library. If the rumor turns out to be true, we can look forward to seeing Moon Knight, Ghost Rider and Blade on the small screen, each being featured in their own solo series.

Two of these characters have appeared in live-action adaptations before, with Wesley Snipes starring in the Bladetrilogy, and Nicholas Cage donning the leather jacket and flaming skull for a pair of Ghost Rider films. The firstBlade actually holds up pretty well, but the sequels offered little more than diminishing returns – although Ryan Reynolds is undeniably hilarious as the smarmy, arrogant Hannibal King in Blade: Trinity, and this performance feels like a precursor to his eventual role as Deadpool.

The Ghost Rider films, meanwhile, are terrible – their only redeeming quality is watching Sam Elliott ride a flaming demon horse across the desert in the original.

Moon Knight is by far the most interesting possibility here. Often described as “Marvel’s version of Batman,” Marc Spector believes himself to be the avatar of Knoshu, the Egyptian god of vengeance, and stalks the streets of New York City in a white hooded cloak looking for criminals to beat up. He also suffers from multiple personality disorder and other associated mental illnesses, all of which could make for a fascinating and dramatic exploration of character.

No official word from Marvel on whether or not these three characters will be joining the Netflix roster – but with San Diego Comic Con looming on the horizon, we might hear something a little bit more official in the coming weeks.

Another iconic singer taken from us today, Good journey to you..

IT'S ABOUT DAMN TIME!

Several insider sources have indicated WWE is debuting a new WWE Women’s Championship belt on RAW the night after WrestleMania.

On Raw, the night after WrestleMania, WWE is set to rebrand their Divas Division as the Women’s Division complete with a brand new championship. This Monday will see WWE finally address the giant pink butterfly in the room, as fans and the divas themselves finally get their wish regarding a rebrand. An issue that has been flagged since the start of the “Divas Revolution”, allowing the division to become more legitimate and respected. More akin to NXT’s Women’s Division.

The title was commissioned a little over a month ago. Unlike the male counterpart, the side plates will not be interchangeable.

Several former WWE divas, and current WWE diva Charlotte have been especially vocal about replacing the Divas Championship with a new WWE Women’s Championship and renaming their division from “Divas division” to “Women’s Division”

Confirmed by several inside sources (who have been correct in the past), the championship bares a very similar resemblance to the current WWE World Heavyweight Championship. The championship will be smaller in size than its male counterpart and will instead be set on a white leather strap, with a red background behind the WWE logo.

Here is a mock-up, which has been confirmed by the source to be almost exactly what the new championship looks like:

Concept of what the new WWE Women’s Championship looks like

As if the Triple Threat on Sunday at WrestleMania didn’t look enticing enough, either Charlotte, Becky Lynch or Sasha Banks will have the opportunity to rid the WWE of the Divas Championship. They will usher in the new WWE Women’s Championship, setting an entirely new tone for the division. We at TWM expect the match to be a potential show-stealer and think it would be the perfect platform to change the perception of the division.

The DIVAS complaining about this change need to stfu, it should have never been renamed to the Divas Division period..