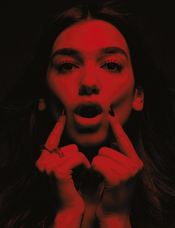 Welcome to my profile page!

Hey! How are you doing? Welcome to my profile page. I'm Saleh, the real "Prince of Persia". I'm 20, from Tehran, Iran. I'm a basketball player, and retired gamer. Glad to have you as a visitor. Let's start the tour!

My Career In SDH

Nominated for "Top Contributor" of 2014

Nominated for "Topic Of The Year" (Opinions on Members) of 2014

Nominated for "Graphic Maker" for 2014

The Most Improved Member Of 2014

Became the Offical SDH Ambassador on May 2nd, 2015 So all good things come to the end, just like this. I wanna thank you again for visiting my profile. If you need any talk or help, hit me up with a PM & I'll be there for ya. Enjoy every second of your life! Ly <3