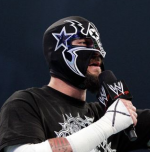 I actually got my name from my friends which is short for Was Once Live On A Farm. My favorite color is red. My favorite wrestlers are CM Punk, Davey Richards, Kevin Steen, Seth Rollins, Dean Ambrose, and a select other few. I absolutely love rap music and some of my favorite rappers include Eminem, 50 Cent, Yelawolf, Slaughterhouse group, Hopsin, and Tech N9ne.

PWG famous 5 for $40 is back. This winter special is where you can get ANY 5 PWG DVDs for $40. There are shows all the way dating back to 2004. I am hoping that I will be able to participate in this and I hope you guys do, too. PWG is such a great promotion and they deserve all the money they get and they sure do need it. This event can end anytime, so get them quick.

PWG have released the official card for ASW 10. The official announcement from the official PWG website is here: http://www.prowrestl...la.com/tickets/. If you feel like not clicking on the link here is both Night 1 and Night 2. I am so pumped for this awesome weekend and the return of Chris Hero!

Now I don't think that this would 100% happen, but I think it would be cool. Now all the men involved in the WWE championship title match have a lot of history with each other. Bryan was taught by Michaels, Orton and Michaels have fought each other many times, and Michaels is friends with Triple H. What I think would be cool is having Michaels and Orton hate each other and out of nowhere Michaels superkicks his student (Daniel Bryan) and Orton defeats Bryan for the WWE title and Michaels would join the Corporation 2.0. The only problem I thought with this is that Michaels is retired. Michaels could just screw over Bryan and leave with an explanation to why he did it. What would you guys think of this?

What Moves Are You Glad Is In The Game?

I don't know if this topic was made, but I'd just like to know what moves are you glad is in the game? We found out a lot of moves, since the live streams and "Entrance and Finisher" videos. I am so sicced that Buckle Bomb is finally in the game, and the Blackout just looked awesome. The double moves are something that I thought I would like in the game and they finally are and look great. The Headlock Driver is cool to have, as well. Glad we also got a ton of catapult finishers. I might post some more I liked later, since I don't remember them all.

Ok guys it is finally here! Paul Heyman has bought all of IWF and Tyler Roulette has created a brand new promotion called: New Horizon Wrestling. Writing shows weekly was getting boring and tiring for me, so I left it and had no intentions of writing anymore, but then one by the name of EdgeHead said he would've said it would be interesting if I did write it. So here I am with a brand new show, roster, and writing style.

These shows will only be monthly or bi-monthly because if I did it weekly I would get burned out quickly. I released some of the people from my roster and added brand new people. If I should add anyone, then please tell me or if you think I should release some then suggest it, but I can't guarantee I will. Here's all the info so far: