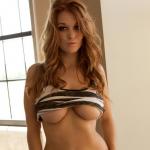 Ask me anything, if you want.

Jumping on that bandwagon, ask me stuff.

Your god is too small to box with arms

Hey, I'm Andy. I started watching wrestling since late 2011/early 2012 and been a fan ever (mostly) since. My favorite wrestlers at the moment are: RVD, Bully Ray, and AJ Styles. I watch TNA occasionally but I may start watching it every week as I loved last week's episode. Also a WWE games fan currently with WWE '13 and probably getting 2k14 because I'm 2k's bitch. Anyway..

I'm not completely sold on it yet so I don't know if I will buy as it looks like SR3 and I always play games that are different from the ones I have (The exceptions being the WWE games, partly).

Has anyone or is anyone currently playing it? I used to play it over all my other games when it first came out but fighting games can only go so far.