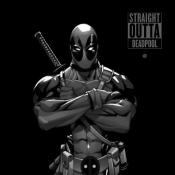 Hey everyone. Classics here and well, it's been 3 years, huh? Well, I got to say thanks for accepting me into your community. It's been a fun ride for sure. I appreciate everything that I have gotten out of this site especially my promotion to Supporter. I would of loved to be a VIP by now but I do understand that requires more of me. But with that said, I guess I should tell you what's been going on with me since I've been gone.

2016 was quite the year for me. I worked 3 different jobs within that year which slowed not only my activity on here down but also slowed my work on my E-Fed down. My political views have taken the biggest turn more than anything else especially with the 2016 Presidential Election. So, I have evolved so to speak. As you see, I have now adopted the nickname Savage Jay. I have created this name to clash with the social climate in America that I disagree with. More on that stuff can be explained soon enough. I'm mostly active on Instagram and Facebook. You can follow me on either one of those platforms because I use those more. Just know that the era of Classic isn't over, it's evolved into Savage Truth. Will 2017 be more active year for me? I'm not sure but I will try for sure. To 3 years with the Smackdown Hotel!

I know people stop doing these before I left but I feel like I'm willing to take on any questions of any kind. Feel free to ask me anything that's on your mind. There's a question that I won't answer.

Guess who finally decided to come back from the grave

Hey. I'm back. I have been kinda on and off on here for the past three months or so. So, I just wanted to state that I'm back and there are a lot of things I need to get off my chest. Am I back for good? Yeah, why not?

Teryo Must Have Read My Mind

Teryo must of read my mind and wanted to give a birthday gift because this video he made is the most beautiful thing I have ever seen.

Thoughts on this video can posted down below.

Ratchet and Clank vs Jax and Daxter. Two well known video game duos who have kicking *ss for years. They will finally collide in battle. Jax and Dexter have the advantage of power due to the eco that Jax uses, Ratchet and Clank have a technological advantage with all their different kinds of weapons. This fight is gonna be fun to watch. I'll let the data do all of the work.

My predicted winner is Jax and Daxter. Jax has much more strength then Ratchet and Clank and he's used to work mostly by himself. You want to know who wins? Check the fight and see for yourself.