ArmBar hasn't added any friends yet. 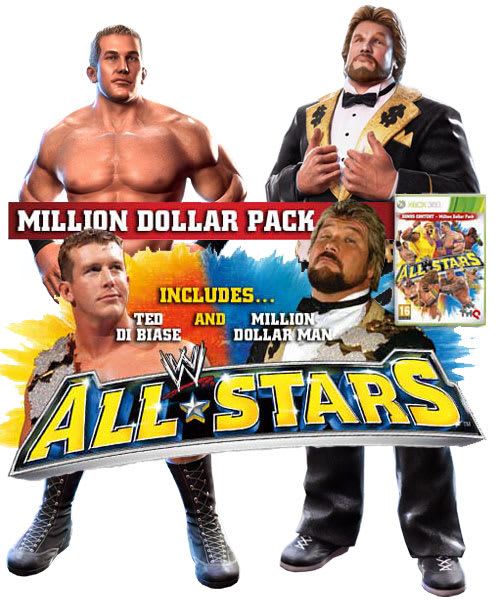 At 0:23 you can see a Polka Dots Dusty Rhodes

* Regarding game play, George wrote: “The wrestlers themselves look more like action figures you can buy in stores versus more realistic portrayals. John Cena’s relatively simple “Five Knuckle Shuffle” – which is simply a drop to the mat with a fist punch – has become an elaborate, acrobatic feat. A stronger, heavier wrestler can kick a smaller, lighter opponent across the ring – or toss him completely outside of it. Some combatants can jump clear across the ring to attack their opponents. The emphasis isn’t on reality but on fast, fun and flashy entertainment. Despite the fact that most might liken the game a bit to No Mercy, in truth it might even be more similar to that game’s lesser-known predecessor, WCW/NWO Revenge. It has a more manic, frantic tone, similar to that of a Capcom fighting game. The game is willing to discard a great deal to make sure it never gets lost in details that will slow down the pacing of a match.”

* Game modes include the standard versus modes, other offline and online play, Path of Champions and Fantasy Warfare.

* Path of Champions is similar to the Road to WrestleMania in other games where you can challenge an old school Undertaker with Paul Bearer, Randy Orton or DX for titles. Players go through 10 rounds to get a shot at WrestleMania.