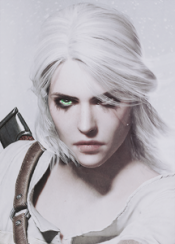 Yo guys, I'm back. This time around I'll be working with Penguin(CAWs) to bring you indy and NXT movesets. Requests are welcome as always.

Anyone into Metal Gear Solid? I would like a Big Boss signature and avatar. I only want people who played the games so it's actually MGS/Big Boss themed. Full credit will be given. Thanks for any help I can get.

Is HHH Trying to Kill the Indy Scene?

Recently, HHH has come under a lot of praise, hiring guys like Balor, Owens, Nation and Joe. Additionally, he has invited plenty more Indy wrestlers to try out at the Performance Center. A lot of people are saying this is a good thing, as they will make WWE much better. But, I see HHH trying to kill his competition here. Why? A few reasons.

He is attempting to rid Indy companies of their top stars, and upcoming talents, likely offering them paychecks and other perks Indy companies cannot afford. Doing this will force companies to lose their major draws and force them to look for other wrestlers to build up, costing them money, time and overall product quality. It also gives WWE more talent to work with.WWE has done this for years, and HHH seems to be continuing that, all while acting as a big fan of the indies.

I have heard that HHH is in negotiations WWN, the parent company of EVOLVE. Now, this may not be true, but that's what I've said about a lot of rumors lately. Word is that he wants to keep EVOLVE talent from signing with ROH or TNA-furthermore hurting both companies. Why? Simple reason. He wants to keep them from competing.

Finally, another rumor: management was very angry with ROH's Kevin Steen toy. And according to this report, to keep this from recurring, talent wishing to go to WWE at one point are advised to not go to ROH or TNA at all. So WWE seems to be worried a little about these companies.

What do you think? Do you think HHH is trying to hurt the indies?

These are dyn0myte's CAWs, available on the PS4. If you have any questions or suggestions, just leave them here and I will share them with dyn0myte. Credit: Icco for chest texture and DBO for the 2k14 DLC texture Credit to Iccotracs for the collar and bowtie