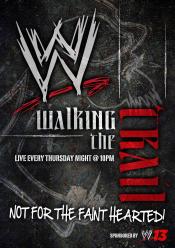 As a child, Toni found an early interest in wrestling whilst watching WWF with his older brother. The two would sit and watch the show for hours. Back then, the likes of Hulk Hogan, The Ultimate Warrior, and Jake the Snake Roberts were headlining the show. Every year they would get the latest WWF action figure to play with and make up their own stories to what was going on.

Toni and his brother would re-enact moves they saw on the WWF on each other, beginning Toni’s love for the sport. This was also a massive factor in the style that became famous on Toni’s wrestling, as being a lot smaller than his brother, he was able to be thrown around a lot.

During his school years, Toni joined a small wrestling club in the county of Wiltshire where he lived, the Rodbourne Wrestlers Club (RWC). The RWC put on small events for the local kids where they would perform matches for parents to watch.  Toni, still being a smaller child, would get other kids to throw him into the walls, crash him through tables, and hit him over the head with chairs. He would also leap from the turnbuckles to the outside, nearly causing himself serious injury. Eventually, after numerous complaints from parents, the RWC had to close due to the style of wrestling that was unfolding. The RWC was meant for professional style wrestling, but Toni and a few others had begun to make it extreme.

A year later, Toni signed up to the Wiltshire Wresting Academy (WWA) a new organisation that took professional wrestling and turned it into entertainment, a concept developed by the WWF. Toni thrived in this academy, as he was able to perform his high flying moves and extreme rules style. He was now calling himself Fast F, or Double F, adopting ‘Fast’ as per his speed and agility. It was here that Toni was scouted by Ted Ludford, a young man who was about to open a new wrestling training centre, Ludford’s Den. After a show in Salisbury, ted approached Toni to ask him if he would consider training at Ludford’s Den. Toni was sceptical at first as there were only three people currently training there, but after Ted had explained to him that although he would be the fourth member to join, there were another twenty wrestlers lined up to join. Toni agreed to join and began training at Ludford’s Den a week later.

Toni spent several years training at Ludford’s Den, and it was here that he met future tag team partner Aaron (The Ron) Jones. The two became instant friends as they both shared a love of high flying, extreme wrestling. They would train together regularly. Derek Welton would also train with them, and eventually would become part of the two’s stable in years to come.

After fighting in the WWA for a few years, Toni became hungry for more extreme wrestling and began searching for other academies that would allow him to pursue this. He eventually found the British Extreme Wrestling Division (BEWD) where they would encourage the extreme rules wrestling. Toni tried to convince Aaron and Derek to join, however, they were settled within their own divisions, and Toni went on his own. By this time, Toni had become bored of the name Double F and wanted to create a new persona that would stand him out of the crowd. He started going by the name Number 4, based on the fact he was the fourth member of Ludford’s Den (but later would use it as an alternative origin).

After wrestling for BEWD for a year, Toni was put forward to challenge the secondary champion at the time, H-Core, a young wrestler who had taken BEWD by storm with extreme high flying moves. aaronToni felt this a massive challenge and began training harder than ever to create new high flying moves, as well as a devastating finisher. The event took place in Wembley Stadium, a massive event for BEWD as it was their first mainstream event to try put them on the map. It was here that Toni would win his first title, and reveal a very devastating finisher. By this time, Toni had built up a huge following and was a face, but H-Core was also a face and had the same sort of following. The match was deemed to be one of the best of an amateur academy, and became a driving force for BEWD to become a mainstream wrestling association. Toni won the match be performing his new finisher, Level 5. The title was his.

After another year, Toni was put forward for the top title in BEWD. He was put against the then champion Vicious Victor, a huge man standing at 6ft 7. Holding the title for over a year, BEWD wrote in Toni to win the match, much to the disappointment of VV. During the match, Toni went for the pin several times, but VV kicked out, which was against the storyline. Eventually, Toni somehow managed to put VV through Level 5, but again he kicked out. Toni was furious, and became very angry that VV was not playing ball, so decided to walk out of the match, a turning point in his career. BEWD suspended VV for not losing the match, and wanted to present Toni with the title. Toni refused as he did not win it fairly. It was after hearing of this act of sportsmanship that Toni drew attention from none other than Vince McMahon. He was at the match where VV wouldn’t loose and found out about the issue through his sources. Also, being at the match, Vince saw how strong and agile Toni was, and also how daring he was went performing. Then after hearing of Toni turning down the title, he saw that Toni would be a strong character to join the WWE.

A week later, Toni was contacted by Aaron, who was currently wrestling in the USA after leaving ECW. Aaron explained to Toni that he was approached by Vince McMahon and asked to join the WWE. Vince had explained to Aaron that he wanted both him and Toni to join as part of a new show that would start in November of that year. He had also spoken with Derek, but Derek decided it wasn’t right for him at the time. Toni however, jumped at the opportunity and agreed to join as Aaron’s tag team partner.

Their debut into the WWE was not on the new show Vince was talking about as it was still being finalised. Instead they debuted on an episode of Monday Night RAW. Both Aaron and Toni had created their character names, Aaron became The Ron, and Toni remained Number 4. Together they called themselves The Fallen. After a few weeks of being in the WWE the Fallen had settled right in. Both men were high flyers and were not afraid to take risks. Both had come from a background of extreme rules wrestling, one of the main reasons Vince had picked them. This made for very enjoyable watching, mainly for the fans who were used to the extreme rules and carnage displayed during the Attitude era.

Since then, Toni “Number 4” has been enjoying huge success as one half of one of the worlds best tag teams and has shaped the WWE’s new show. The Fallen have been a driving force to the WWE’s success, appearing every Thursday on the federations biggest weekly show, Walking The Trail, a show created to enhance the hardcore style of sports entertainment, a show destined to include Number 4.