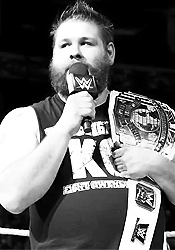 "Ive done a lot of dirty, despicable things to a lot of people, and I dont apologize for any of it cause I aint tryin to be anybodys hero."

Sup guys! My name is RRLT (RatedRLionTamer) or known as Tamer to most on this site. I came here after I lost interest in other wrestling forums and I'm staying. I'm a wrestling fan, been one for at least 10 years now. Started with the WWE but soon lost interest and began to branch out into the Indy scene.

I'm a gamer too, love playing COD and Halo games, my favorite of the Cod series has to be Modern Warfare 2. The Campaign mode's overall story telling in a span of 8 days was just incredible. Heartbroken by the deaths of Ghost and Roach as they were bad-ass sons of bitches.

Spec-Ops was also a great time killer, those Juggernaut missions were a real bother though. Multiplayer was good provided you played it with people you knew.

My favorite from the Halo series is Halo 3. Here's a tip: Play this campaign with a friend. Best way to spend your day. The soundtrack was amazing, as was the gameplay. The campaign was executed perfectly with alot of replay value to it.

I like listening to several bands such as War Of Ages, Rise Against, Bullets and Octane, Royal Blood, Motorhead, Limp Bizkit, Gorillaz, Three Days Grace, A Day To Remember and a bunch of others.

If you've got any questions or just wanna talk then PM and I'll get to ya.

10.Dolph Ziggler (Punk's gone to UFC as it seems).

Joined Team Ministry
July 2014's Member Of The Month
Left Team Ministry after I got kicked out for being too overwhelmingly awesome
Former Predictions Cup Winner
Signature Of The Week  #174 Winner.

Nominated for 5 Slammy Awards.
Promoted to Supporter on 3rd of January 2015. The first ever to be promoted in 6 months.
1 Pinned topic titled: Lucha Underground Discussion Thread.


If you wanna speak about stuff outside this site like video games and all that cool stuf then be sure to follow me on Twitter and I'll be sure to get to ya. See ya!