My manga suggestions (including my top 10):

So today I went on to one of my favorite sites (batoto.org) and noticed their was an announcement. The owner of the site, Grumpy, had wrote that their is an javascript injected virus that is attack sites using the IPB format (which this site uses). Currently it is undetectable, can not be found via scans and is invisible to Googlebot, as well as, not being in anyone's database.

I have been letting sites know that use IPB this. It likes to hide in ads, the skin codes and other places on the site. Sometimes it will disguise a page as a 404 error but that is just to steer you clear of it. It also shows up as 0 pages on the admin cp. So be careful, i'd also check to see if this site is safe.

Hope you all enjoy it!!! Will have it on CC once a contest comes around....


This game is adopted from reddit & twitch.tv
The purpose of this game:
1.) You make a joke about the person above (yes you can fire shots too, but for fun <3). Then you will say "Get Rekt" or "Get Tyranosarus Rekt". You don't have to use those exact line, you can make your own variation but you have to use those in them.
2.) The next preson after says "rekt", "not rekt" or "tyranosarus rekt", depending on if the joke was funny or not to you.
3.) If you can't take a joke (no matter how cruel), this game is not for you.
4.) Enjoy guys!
I'm the first target so have a go at me XD!!! 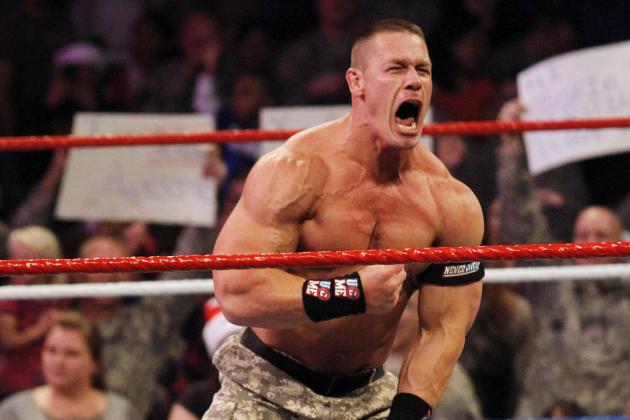 Forbes has a new article looking at John Cena's WWE World Heavyweight Title win at Money in the Bank, asking if it's really what's "best for business." The article includes a couple of graphs that look at Cena, Randy Orton and CM Punk's title reigns and who has drawn the most money as champion.
The article, which notes that "this is obviously far from a scientific study," points out that in the last five years Cena has been champion while revenue rose only once, which was his title reign from Bragging Rights 2009 through TLC: Tables, Ladders & Chairs of that year (when he lost to Sheamus). It adds about the four title reigns that have seen drops, "What's more, the company's income tends to rebound shortly after those title runs come to an end."
The article adds that Randy Orton as champion tends to see revenues climb, while CM Punk's lengthy title reign was an up and down affair.
You can see the full article at the link.

During the latest edition of Talk is Jericho, Chris Jericho shared the details that led to his return to the WWE on Monday Night. Here is a bullet point version… UPDATE: As previously reported, the viewership and 18 - 49 demographic ratings for this week's RAW saw a big leap, up 7% to 4.33 million viewers and a 1.47 demo rating. This week's RAW did a 2.94 (2.9) cable rating, up 4% from last week's 2.84.
That's the best number since the March 5th episode did a 3.02.
ORIGINAL: Monday night's episode of WWE RAW drew 4.33 million viewers and a 1.47 rating in the 18 - 49 demographic. Those numbers are up 7% from 4.03 million and a 1.37, respectively. It's the highest viewership and demo rating since the April 28th episode of RAW.
The show did hours of 4.16 million, 4.35 million and 4.490 million viewers, which is a good sign because Raw has traditionally had problems maintaining their audience throughout the three hours. It's rare that they build from hour to hour. The household rating will be available later.