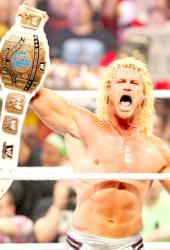 But it's fake. Just the continuation of a scripted angle.

Wouldn't use the word "fake".

Wrestling can cause really horrible injuries and some moves are hard to take but they're not really getting hit with moves like the piledriver. So in that sense it's fake.

But I get your point.

But it's fake. Just the continuation of a scripted angle.

NXT is better than WWE right now. It's where it's at. Especially with all the new talent coming in. It's hard to find someone there I don't like.

In Topic: I love this business, you might also: Open Letter by Justin Roberts

Good read. He's always come off as a nice guy to me.