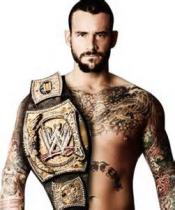 What will it take for TNA to succeed?

Although I didn't catch too much of TNA's earlier days, I have been watching it on a weekly basis since back when they were doing a weekly show on Fox Sports Net[right before they moved to Spike TV].  I have always thought as a wrestling fan that TNA has potential to be a very strong number two promotion but they are problems with them that are holding them back;

When it comes to being promoted as a company, no network has ever really solidly got behind TNA.  Once Hogan & Bischoff came in Spike TV did a decent job of promoting but it still wasn't at the level it should've been for the modest and decent fan base that TNA has.

No great leader in management

Although Jeff Jarrett did a good job, he didn't really have that wrestling promoter mentality as he was primarily still wrestling back in the early days until around 2011/2012.  Dixie Carter is perhaps the biggest embarrassment to a wrestling management position that has ever been to the sport.  While I do think her intentions might be good, her naïve approach to everything screams of inexperience and blind faith in those who manipulate her and take advantage.  TNA needs a true leader who has a solid vision on where TNA should go and how to achieve that end.

TNA has the six sided ring once again, which I personally have always liked.  I think that serves them well in standing out from WWE or any other wrestling promotions.  Around 2004-2006 TNA really stood out as the innovative wrestling company and it set them apart from WWE.  Impact Wrestling aren't confined by a PG rating and don't have to worry about limitations.  They can let the action speak for itself if they chose to focus on it.  Entertainment can be included, but they need to focus more on wrestling since WWE is the entertainment company.

Spike TV is obviously having issues with Impact Wrestling so the time to relocate is now.  I'm sure some network would pick them up when the Spike deal expires.  If they found a more fitting network who was willing to heavily promote them, I think we'd see a change in ratings.  If TNA feels like a big deal promotion via a network featuring them prominently, then fans will associate them with the wrestling company they are.

Those aren't all the problems with TNA, but those are the major ones I see that could hold Impact Wrestling back.  What problems do you see that might potentially hold TNA back?  Thoughts?

Hello everyone I am new to this forum.  I am a huge wrestling fan whether it is WWE or Impact Wrestling and I am a big wrestling game fan.  I look forward to posting and getting to know other fans here.