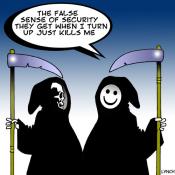 Deadthing79 hasn't added any friends yet.

In Topic: 2K released a statement regarding WWE 2K15

Thing they fail to realize is, we didn't ask them to pile more on a cracked foundation.  We asked them to jack up the foundation, fill the cracks, and just give us what we had at the very least.  I wasn't expecting a giant leap in PS3 2k15, just a fixed version of 2k14 with the possibility of SOME of the new gameplay mechanics.

And you know, IGN has always tried their damndest to find the silver lining in each and every wrestling game that's come out.  It's really sad when they can only find two good things to say about this version of the game.

I know I'm downright outraged at the last gen release of the game.  I've basically spent alot of time trolling on the 2K forum over it.  I'm about petered out from doing it though.

Don't kid yourself.  The Last Gen version is just 2k14 v2, but without the entire creation suite.  They pulled out Story Designer.  Biggest damn mistake they ever made!