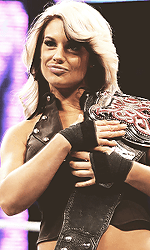 - Sup guys and girls, I'm Dazman, nothing more than your normal everyday guy from Birmingham England.

- I enjoy watching and follow both WWE and TNA so be sure to hit me up if you wanna discuss them.

- I'm the biggest Kaitlyn (Celeste Bonin) fan that you'll ever meet in your life. 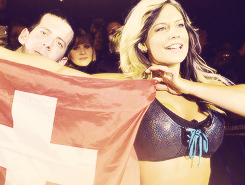 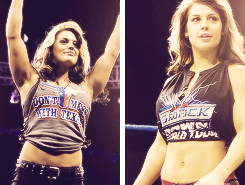 2K has issued the following:

Today’s update adds to WWE SuperCard – Season 2’s robust roster of WWE Superstars, Divas, Legends and Managers, as well as NXT Superstars and Divas, through the introduction of more than 50 cards in the game’s new Survivor tier:

Players can now compete in PCC events while playing as a team;

Players can change in-game images to highlight WWE favorites across their respective cards, regardless of tier. Example: a player with

Common and Rare Undertaker cards may put the Rare image on the Common card (or vice versa).

In addition to today’s WWE SuperCard – Season 2 update, beginning today and running through December 2, 2K will lower the price of one or more in-game purchasable items by 50 percent each day. Example sale items include Enhancement, Superstar and Divas packs, various

TNA posted this video (see down below) on their official YouTube channel that Impact Wrestling will begin airing on POP TV starting on Tuesday, January 5th, 2016. In the video, TNA mentions that Impact will be live for the first show.

​Jim Ross Posts A New Blog On The Montreal Screwjob - Did He & The King Know About The Finish? 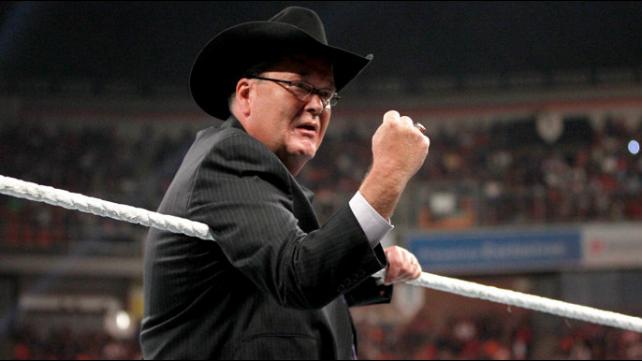 On those who claim he and King knew about the finish: “Not so fast my friends. The King and I were working off the Saturday night production meeting finish, which was simply described as going to be a “DQ.” Who or why was not discussed and it did not affect Jerry or me in our prep and our presentation of broadcasting the bout. So the truth of the matter is that neither of us knew was was gong to transpire in the main event. Not knowing the minutia of a match including all the nuances of the finish was commonplace for the King and I. We felt that we did a better job when we called the matches like a sporting event and the less we knew about the endings, etc the more natural and spontaneous we could make it.”

On what Vince McMahon told him when he was upset about not being told: “‘I wanted to keep you clean of this matter,’ he told me then. ‘You have to continue to communicate and support the talent roster and they have to trust you. You knew nothing on-purpose because you can honestly tell each and every one of them how you feel about what went down and be honest with them and that you did not know. Your role in restoring a productive and professional locker room is going to be a challenge we have to meet.’ the WWE Chairman told me.”

On the rumor that it was finalized long in advance: “Not true. Vince McMahon had wrestled with the decision to take the title from Bret without Bret’s knowledge or cooperation to protect the WWE from the title showing up on WCW TV. After the production meeting concluded, all three hours of it, we finally got out of there, grabbed some food, had a beverage or two and, for some of us, to partake in the hideous habit of smoking a cigarette. As we exited the room, Vince asked agent and long time confidant Jerry Brisco to stay behind and that Vince and Brisco needed to talk. I am under the impression that it was at that two-man sit down where the plans were refined as to what had to be done on Sunday night.” 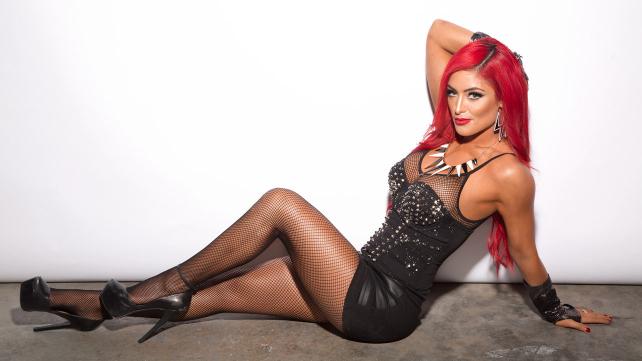 Eva Marie has threatened a lawsuit against a California massage parlor for using a photo of her in an ad. Pro Wrestling Sheet reports that Eva Marie’s lawyer sent Candy’s Therapy in Colton, California a cease and desist letter after an image of the WWE star appeared in an online ad over the weekend.

Marie’s lawyers told the company, “We represent Natalie Eva Marie, a world known celebrity and WWE Diva. It has come to our attention that you without right, license, permission or legitimate interest are using the likeness of our client Natalie Eva Marie and potentially other unknown materials on your website.”

The letter adds that legal action will follow if the image isn’t removed immediately. As of now the ad has yet to be removed. Candy’s Therapy refused comment on the story. 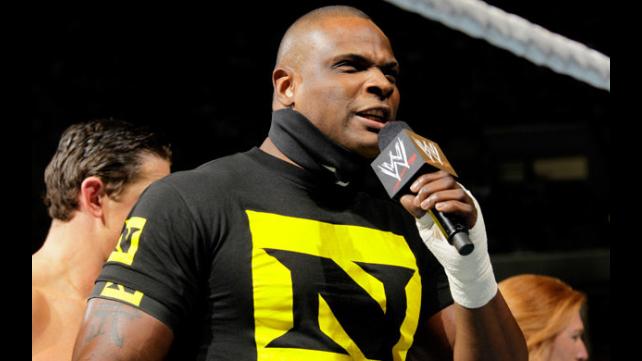 Former WWE star Michael Tarver recently appeared on the Two Man Power Trip of Wrestling podcast with John and Chad about the Nexus, their debut and why they lost momentum. Here are the highlights.

Trying to set himself out from the performers in NXT Season 1:

Daniel Bryan was the only one who didn't have a gimmick but it all out worked really well. One of the things I had to get myself over or to separate myself other than the promos I was doing was t-shirts. When they took my knockout punch and they took my gloves I was wearing a t-shirt that had a 1.9 on it and I don't know if anyone else has ever done it on WWE TV before but as far as I know I am the first person to wear merch that's not WWE sanctioned merch. I don't know if anyone else got on WWE TV, I know that CM Punk wore his Gracie Jiu-Jitsu stuff but like I wore MY own stuff. Then in every NXT season after season everyone had their own t-shirts and even now everyone on the current NXT roster has their own merch and their own t-shirts. If you ask any of them where it came from. I bet none of them would probably know.

The feeling the night of the Nexus’s debut:

When David Otunga punched out the ref and Darren Young and Heath Slater took out the ring announcer and Jerry the King and took out the security everyone said wait a second this is different and it was just us and Cena. That was the design and the feel they wanted the Nexus to have it wasn't "uh-oh" they are about to kick some butt, it was "something is wrong". That was the feel. We didn't just go out and jump Cena, we beat the mess out of him. They told us to destroy everything and if you don't you're fired. It had to be completely a secret, they gave us the armbands and nobody knew that we were there to rip up the ring. We broke cameras, we broke chairs, ripped up the set. I have never felt such a more deafening silence in my life then I did that night in South Beach. It was so quiet but the silence was deafening. It was like when Taker lost at Mania, it was complete shock

Nexus losing at Summerslam 2010 and virtually killing the angle:

We didn't know what the direction was and honestly I don't think that they did either. We all had our own experiences and are smart enough to know it really makes the most sense for us to win and it doesn't hurt them, it actually helps them if we win and continue because then they can keep building. That was the first time in a long time that Cena had real sympathy because people were kind of over him and he's even though he is always going to be over no matter what because he's John Cena but that was the first time in a long time that he had real sympathy. He did his thing and John Cena is great, he's amazing. To me, I think they got greedy. That storyline should have ended at WrestleMania. We should have won, grown stronger added Mason Ryan, added Bray Wyatt (Husky Harris), added Joe Hennig (Curtis Axel) or maybe even add CM Punk and make it a super or even bigger group.